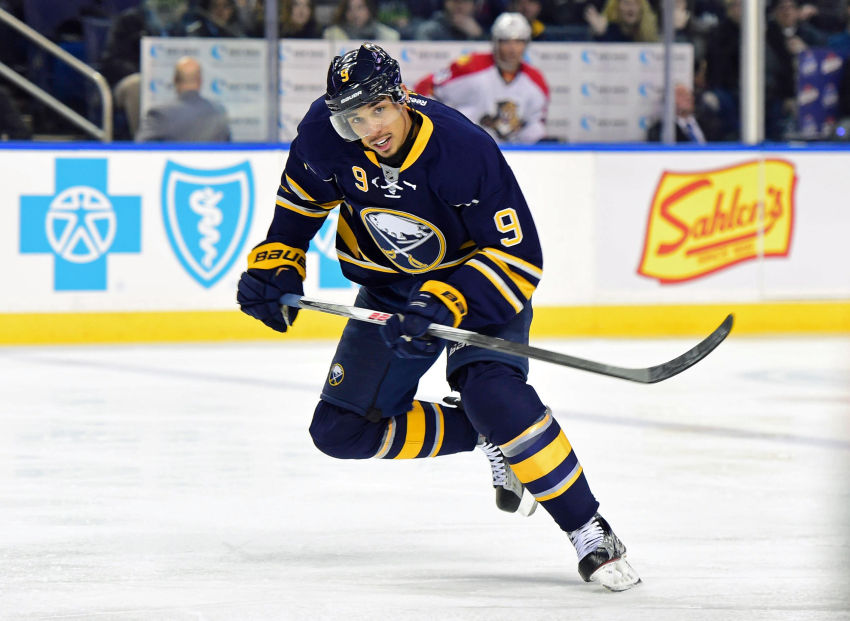 BUFFALO – Sabres winger Evander Kane, understandably, has been tight-lipped about his return to Winnipeg, where he spent four tumultuous seasons with the Jets.

Beyond offering some clichés, Kane, 24, hasn’t said much about this afternoon’s tilt in Winnipeg, his first appearance at the MTS Centre since the Jets traded him in a blockbuster deal Feb. 11.

But Sabres coach Dan Bylsma knows how much the game means to Kane. Way back in the first week of June, just days after Bylsma was hired and before the NHL released its schedule, Kane told him he had this date “circled on the calendar already.”

“You know what, there were a lot of disappointments throughout my time there, however you want to look at it,” Kane told reporters Friday in Chicago. “But for me, it’s something I really don’t think a lot about now. A lot of other people still do in Winnipeg.

“But it’s something that I’ve moved on from.”

If a refresher’s needed, Kane never wanted to play in Winnipeg after the Atlanta Thrashers moved there in 2011. He told The Hockey News last year he requested a trade all four seasons.

Almost a year ago, Kane reportedly violated the Jets’ dress code and some teammates responded by throwing his track suit in a tub of water.

Kane underwent season-ending shoulder surgery days after the incident and was quickly dealt to the Sabres with defenseman Zach Bogosian.

“Sometimes situations don’t fit perfectly and that happens throughout the league with many different types of players,” Kane said. “(The Jets) were a team that I played for, played hard for and did my best to contribute to that organization.

“That’s just the way I go about my business, no matter who I’m playing for.”

The rabid Winnipeg fans haven’t forgotten about Kane. Of course, he’ll receive a chilly reception and be booed mercilessly throughout the game. Many fans plan to show up wearing track suits.

How hostile could the crowd become?

Clearly, Kane fits in much better with the Sabres, who have lost six straight games. Bylsma mentioned Thursday how close his team has become and how Kane, like many others, enjoys being in Buffalo and playing for his new teammates.

Kane has also become a visible member of the community. He recently treated a group of children to dinner and a Christmas shopping spree. Late last month, however, Buffalo police began a sex offense investigation into an alleged incident involving Kane at a local hotel.

On the ice, Kane has showcased many of the talents that helped him score 30 goals in 2011-12. Still, 31 games into his season, the power forward has only eight goals and 13 points. When training camp began, Kane confidently said he wanted to score 40 or 50 goals. Right now, he’s on a 19-goal pace.

Bylsma has leaned on Kane heavily, skating him 20 minutes, 59 seconds a game, the third-highest total among NHL forwards. Despite missing 10 games with an MCL injury, Kane has 115 shots on goal, second on the team.

To Bylsma, Kane has performed much better than his numbers might indicate.

“I think you look back to the first 10 games, I think of opportunities that he had would’ve made him a five-, six-, seven-goal scorer through the first six games,” Bylsma said Wednesday. “In talking with Evander about his game right now, he’s had good looks and good shots and shots he’d like to continue to take and have and hasn’t scored.”

Bylsma added: “I believe there’s another 10 goals there that aren’t on the stat sheet.”