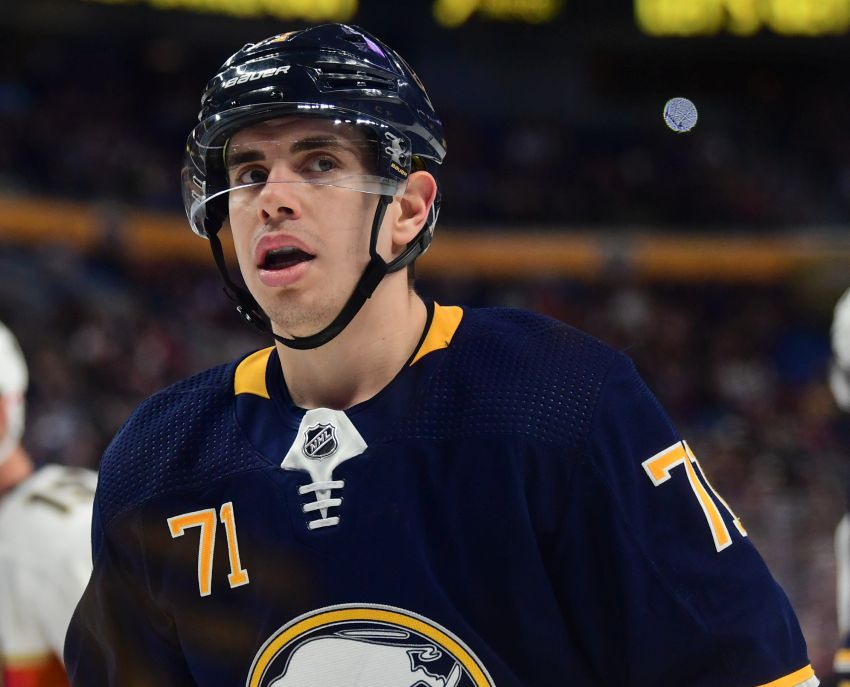 BUFFALO – It can be argued the best play in Tuesday’s victory wasn’t a goal, Sabres winger Sam Reinhart’s shootout winner or one of goalie Linus Ullmark’s windmill saves.

How about center Evan Rodrigues’ arduous effort to stay onside in the second period?

As the Sabres rushed into the Minnesota Wild zone, Rodrigues slammed on the brakes and lost his stick. Rodrigues basically looked like a wishbone about to break trying to keep his skate on the blue line as his linemates, Reinhart and C.J. Smith, zoomed by.

“I’ve never had it happen where it actually works and leads to a goal like that before,” Rodrigues said inside KeyBank Center.

Rodrigues, 25, has been creating offense different ways recently, shaking off a slow start and morphing into one of the Sabres’ hottest scorers entering tonight’s home tilt against the Carolina Hurricanes.

What has changed? Why has the speedy Rodrigues, who scored just two goals in his first 39 outings, suddenly caught fire?

Well, he said he switched his stick model after the NHL All-Star break last week, going from a Bauer Supreme to Nexus.

“The other one didn’t seem to be working for me,” Rodrigues said. “I got a couple sample sticks in and just liked the way it felt. I figured I’d mix things up since I wasn’t scoring in the beginning of the year.”

While that might help a little bit, other changes have really ignited Rodrigues.

“Maybe a little bit more confidence, probably playing a lot smarter, not trying to force things, not making the hard play but making the smart, right play,” Rodrigues said. “I’m playing with my head up a lot more with the puck, a lot more confident with it on my stick.

Rodrigues finally buried his first chance Nov. 21, his 16th appearance after sitting out six games as a healthy scratch.

After compiling seven goals and 25 points in 48 games last season – Rodrigues was one of the few Sabres who might’ve exceeded expectations – his start was disappointing.

“You definitely start to think a little bit more,” Rodrigues said of his confidence earlier this season. “You start to grip your stick a little bit tighter. You know you have to always kind of remind yourself and go back that you’re doing things right. I was getting my chances. It was just a matter of time.”

Housley said the genesis of Rodrigues’ offensive production starts in the defensive zone.

“His own foundation, like a lot of our guys, is being aware in his own end,” Housley said. “He got beat back on the middle of the ice a couple times, he lost the centerman on a D-zone draw, so just those little things defensively, that’s where his play starts.

“When he takes care of his own end, he seems to attack the game the right way through the neutral zone using his speed.”

The affable Rodrigues, who can play center and the wing, has tried to adapt.

“When you’re not scoring, you kind of have to do all the little things right and focus on your game defensively – be hard, be strong, try to get to the net,” said Rodrigues, who has compiled seven goals and 19 points in 46 contests this season. “I think just try to keep your confidence up, don’t get down on yourself.

“In my head, I know I have the ability … to produce at this level. I just continue to tell myself that, continue to shoot the puck, not get away from it. It’s finally turned for me.”