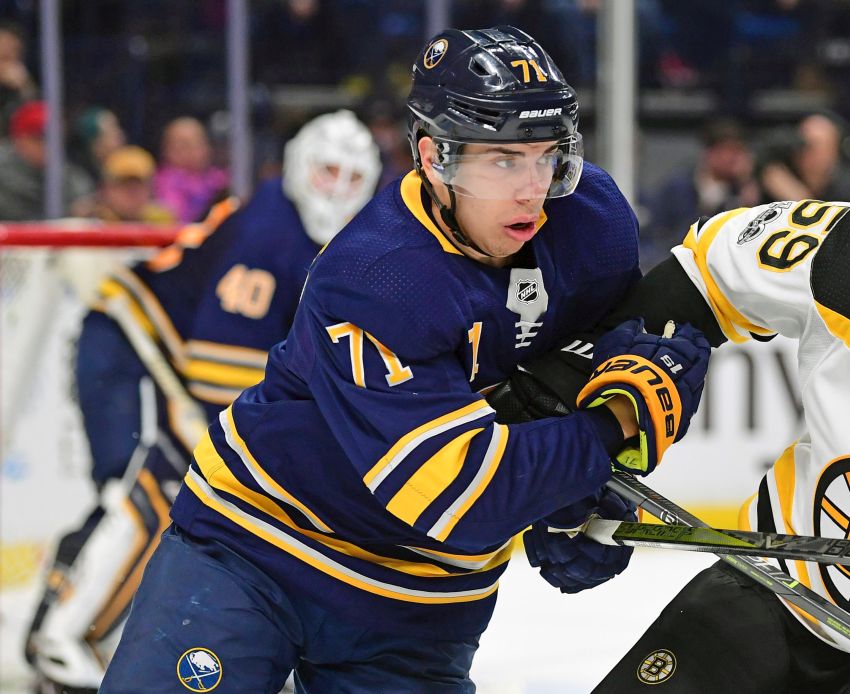 BUFFALO – Technically, according to Sabres coach Phil Housley, forward Evan Rodrigues is a game-time decision for tonight’s tilt against the Philadelphia Flyers.

But expect the speedy Rodrigues to skate in the warm-up … and then get scratched for the first time this season.

Based on Housley’s lines the last two days, newcomer Scott Wilson will return tonight after sitting out Tuesday’s 3-0 loss to Boston as a healthy scratch.

Wilson has skated at left wing beside center Johan Larsson and Jordan Nolan. Rodrigues, meanwhile, has been the spare forward.

“(I need to) be better, bring that physical element on the forecheck,” Wilson said this morning inside KeyBank Center. “The last few games I was in I got away from it, so I think I just all-around need to be better but bring a little of that spark with the physicality.”

In other lineup news, the Sabres will insert veteran defenseman Josh Gorges for rookie Victor Antipin.

The Sabres have only won eight games all season.

Sabres goalie Robin Lehner will start tonight, his 27th appearance. Lehner has some of the NHL’s best home numbers – his 1.94 goals against average ranks first, while his .935 save percentage ranks second – at KeyBank Center.

Of course, the Swede has four home wins all season.

Tonight is the Sabres’ last true home game until Jan. 9. With the World Junior Championship starting next week, they play seven straight games away from KeyBank Center. Technically, the Sabres are the home team for the Winter Classic on New Year’s Day at Citi Field.

The Sabres play their final game before a three-day Christmas break Saturday in Carolina.