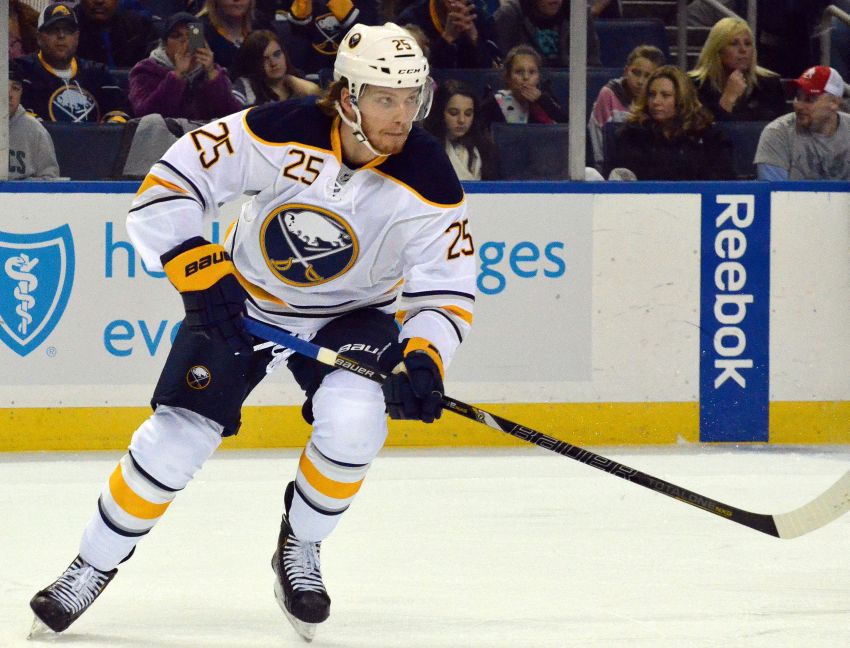 BUFFALO – While practicing and scrimmaging against his Sabres teammates, yeah, top prospect Mikhail Grigorenko looks like he belongs among NHL players.

But how will Grigorenko fare against other competition? The NHL isn’t playing preseason games during this abbreviated training camp, so the 18-year-old’s first appearance could potentially be a regular-season tilt.

It makes the Sabres’ evaluation of Grigorenko a bit tougher.

“For me, you watch him play at the world juniors. You put value in that. You put value in the growth and you think if he keeps growing, a week from now, where’s he going to be at? So that’s just all the stuff, steady as she goes, going to try to evaluate and make the right decision to make us a better team.”

Grigorenko can receive a five-game trial before the first year of his entry-level contract kicks in.

The Sabres are cognizant their first-round pick could look great early and wear down as the season grinds on. They’ll weigh everything.

“You can go down the road and think, ‘Boy, what’s he going to be like after 24 games?’” Ruff said. “We don’t know. Every player handles that different. If you go through Tyler Myers’ rookie year (in 2009-10), he stayed pretty consistent the whole year … which was pretty impressive.”