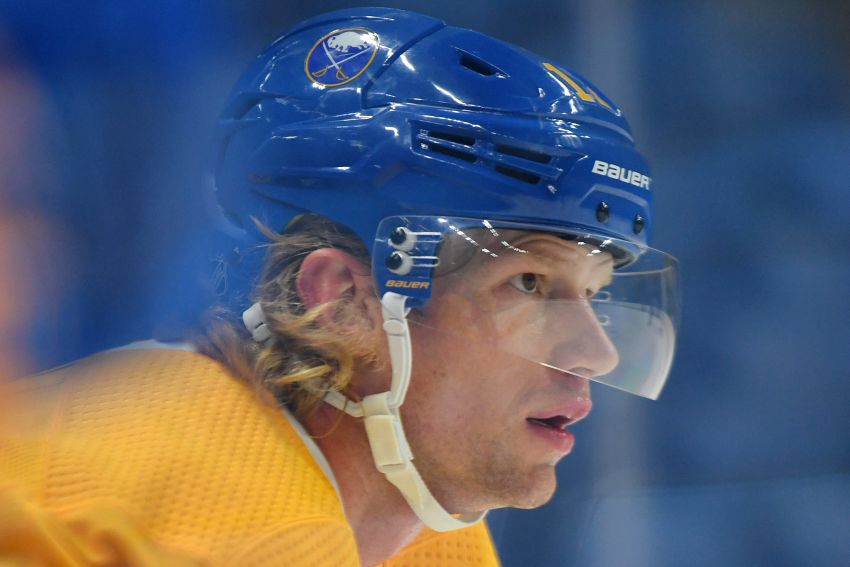 Buffalo Sabres center Eric Staal, who left Thursday’s 6-4 loss to the Washington Capitals after getting elbowed in the jaw, will be a game-time decision for tonight’s rematch, coach Ralph Krueger said.

“We’ve got a backup plan,” Krueger said on a Zoom call this morning from KeyBank Center. “We’ll probably make that call before five o’clock.”

Krueger said rookie Dylan Cozens, who made his NHL debut Thursday at right wing, could be an in-game option to play center, his natural position.

“We love the way Dylan entered yesterday,” Krueger said. “He was extremely responsible, being able to break down video now last night and this morning. You could really see how smart he is in both directions and you can see the center experience in him.

“Depending on what happens here, that could even be in-game again, a situation where you might want to push for a little more offense and he does give us that option. Initially, we would want to be a little more stable defensively down the middle.”

Halfway through the third period Thursday, after Staal backhanded the puck into the Washington zone at center ice, Nic Dowd hit him high, knocking him to the ice.

The Sabres acquired Staal, 36, from the Minnesota Wild on Sept. 16 to center the second line.