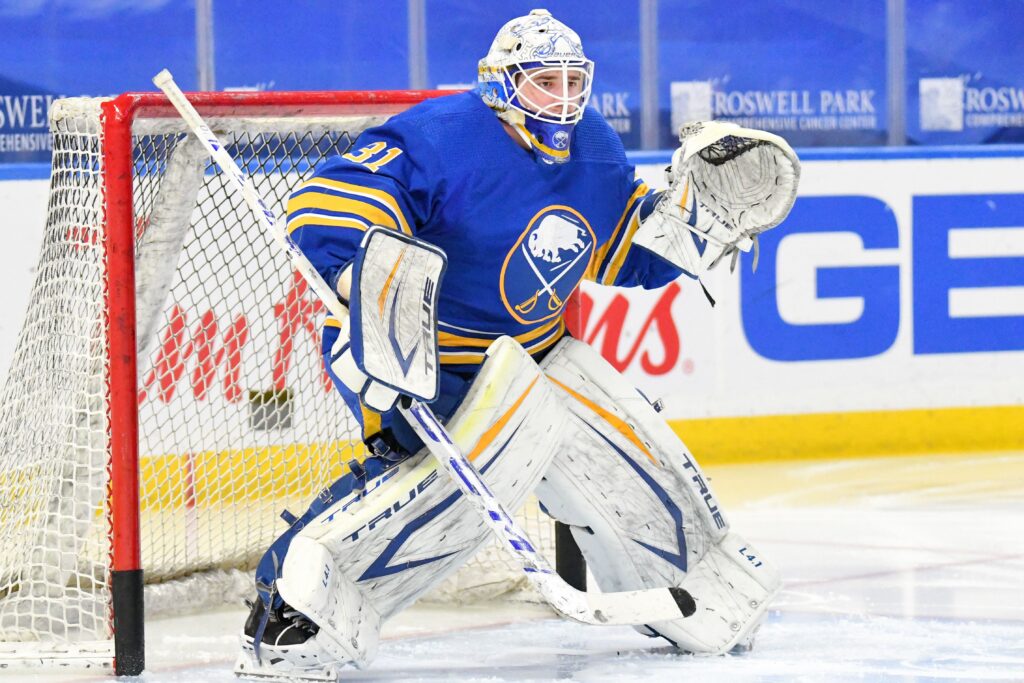 Tokarski, 32, has outplayed newcomer Aaron Dell in the competition for the backup job behind Craig Anderson.

Tokarski will start tonight’s road exhibition game against the Pittsburgh Penguins before Dell relieves him. Another strong outing by Tokarski could cement a roster spot.

Tokarski was a pleasant surprise for the Sabres last season, compiling a .904 save percentage in 13 games, his first NHL appearances since 2016.

“He’s competitive,” Sabres coach Don Granato said of Tokarski. “He doesn’t quit. You see it every drill in practice. He’s a fighter and it’s awesome to see. He did a great job for us last year coming into a tough situation and he’s came here with the approach of, he’s got to earn every minute. So he’s earned that tonight.”

The Sabres, fresh off Monday’s 5-3 loss to the Columbus Blue Jackets, will field a lineup with established talent and prospects tonight in Pittsburgh.

Newcomer Axel Jonsson-Fjallby, who was claimed off waivers from the Washington Capitals on Monday, skated at left wing this morning beside center Arttu Ruotsalainen and Victor Olofsson inside KeyBank Center.

“Because of paperwork we don’t know if he’ll be in the lineup, but he’s going to be with us and we hope he’s in the lineup,” Granato said.

Check back later for more on Jonsson-Fjallby.

Here is the rest of tonight’s lineup. Players in bold played Monday.