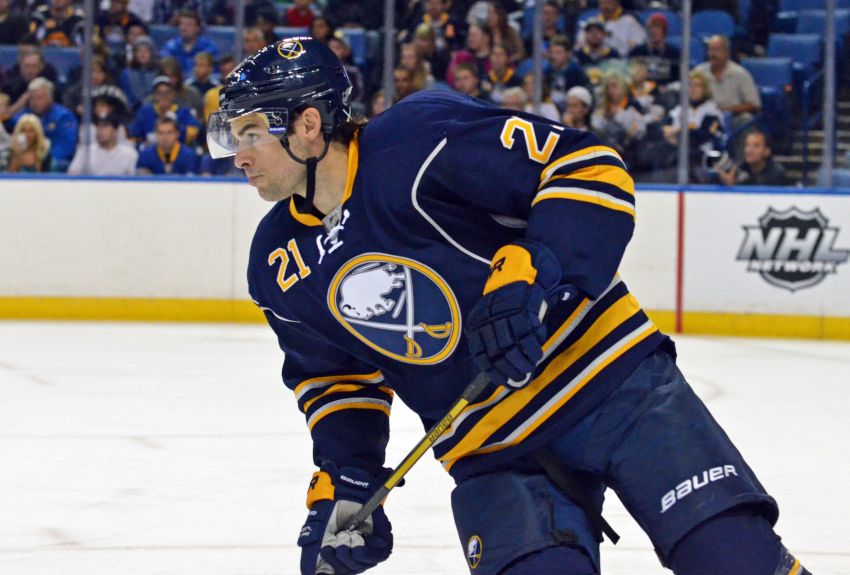 BUFFALO – When the worst season of Drew Stafford’s career mercifully ended five months ago – he describes the six-goal, 18-point campaign as hitting “rock bottom” – the Sabres winger stopped dwelling on it.

“You got to get over it,” Stafford said Thursday inside the First Niagara Center after the Sabres prepared for tonight’s preseason finale in Carolina. “It was an absolute nightmare. It’s one of those things where you can’t change the past, what’s done is done.”

So Stafford enjoyed his summer. He married his girlfriend, Hali, and bought a new home in Minnesota.

“When times are tough, you realize life is pretty good,” Stafford said. “For me, having a good summer, a summer of training, getting hungry to come back to a normal schedule, normal training camp (is good after the lockout).

“With all the changes that are going around in this organization, there’s a lot of positivity and a lot of energy and enthusiasm.”

The 27-year-old shares that enthusiasm, saying he feels “refreshed” for his eighth NHL season.

“It’s all about embracing the change, embracing the new culture here,” Stafford said. “So far, so good. Everyone’s really had a great camp so far. A lot of good things here.”

He added: “The future is definitely bright here in Buffalo.”

Stafford, who has two seasons and $8 million left on his contract, wants to be at the forefront of the Sabres’ rebuild.

“There’s a lot of doubters out there, a lot of people aren’t expecting much from us,” Stafford said. “But I have a lot of faith in here. The guys in this room, I think we’re going to surprise some people.”

When rumors began swirling last season he had requested a trade, Stafford denied them. A deal, in his opinion, would’ve been taking the easy way out.

He said Thursday he wants to be part of the solution and create something special with the other veterans and coach Ron Rolston for the slew of talented youngsters the Sabres possess.

“I feel as though I’m just getting started as far as providing veteran leadership and really having a say in the way things are going and leading by example with my play and being counted on in a bigger role,” Stafford said. “I’m really trying to embrace that opportunity.”

Rolston has awarded Stafford some nice opportunities this preseason, skating him beside Cody Hodgson and Thomas Vanek on Wednesday and Tyler Ennis and Marcus Foligno on Saturday.

Since so many fresh faces are competing for roster spots – slick teenage prospects Zemgus Girgensons, Mikhail Grigorenko and Rasmus Ristolainen all quickly became the talk of training camp – Stafford’s name hasn’t been mentioned much.

“I don’t care. I love it,” a laughing Stafford said about the lack of attention. “I don’t play to get talked about. I don’t like the spotlight. … It’s nice to fly under the radar in a sense.”

It’s a far cry from last season, when he was the poster boy for the team’s struggles. With Tim Connolly and Derek Roy out of town, Stafford became the fans’ No. 1 target as the Sabres missed the playoffs again.

A momentum-shifting fight in the Sabres’ opening-day win was Stafford’s season highlight. The American struggled all year. He scored his first goal Feb. 15, the Sabres’ 15th game.

Rolston even scratched Stafford, who was coming off seasons of 31 and 20 goals, twice in March.

“This game’s a mystery,” said Stafford, whose team-worst minus-16 rating ranked 830th in the league. “It’s one of those things where you have to focus on what you can control, and that’s your work ethic and your attitude. Everything else is just noise that can drag you down.”

Stafford didn’t spend the summer fretting he would be traded.

Rolston said Sabres forward Cody McCormick (hand) will play tonight against the Hurricanes. The Sabres are 4-1-1 this preseason.