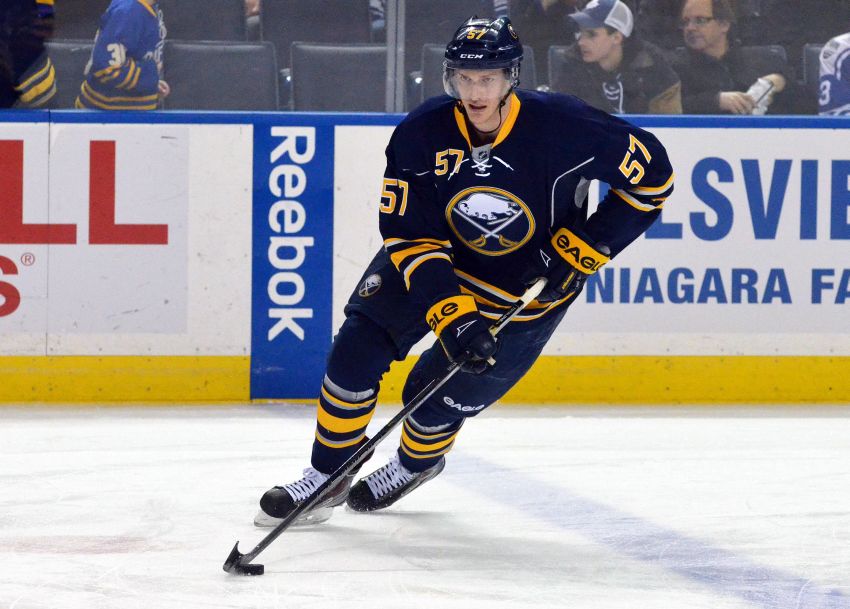 Winger Drew Stafford (upper body) will return from a four-game absence. Tough guy John Scott will play after being a healthy scratch Tuesday.

Nolan said Marcus Foligno was banged up against the Flyers and will sit. The winger’s day-to-day. Winger Linus Omark, who has one point in nine games, will also be scratched.

“It’s just we need a different look here tonight, so we thought John would be better suited for a fourth-line position,” Nolan said about sitting Omark.

Defenseman Tyler Myers will also return from his three-game suspension for hitting New Jersey’s Dainius Zubrus in the head.

“It’s huge to have him back,” Nolan said.