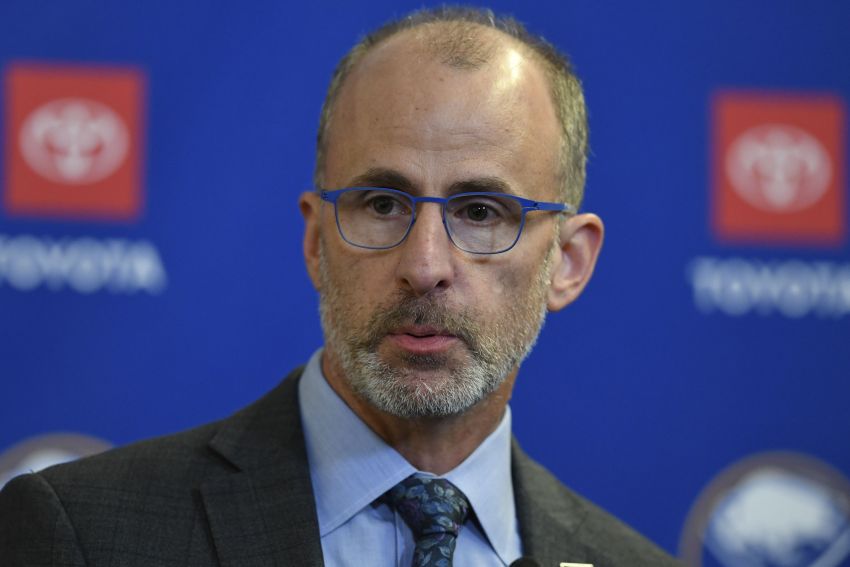 BUFFALO – After the Vancouver Canucks named his sister, Cammi, an assistant general manager, Sabres coach Don Granato said he read some quotes “that were kind of funny and sad all in one.”

In her introductory news conference, Cammi Granato, a Hockey Hall of Famer and former captain of Team USA, said she has always defined herself simply “as a hockey player.”

“Growing up it was other people that defined me as a girl trying to play a man’s game,” she told reporters Thursday, according to The Vancouver Province. “So I’m used to that sort of view but for me, that’s not how I identify myself.

“Hockey’s been a part of my life since I was pretty much born into it. So I’m confident in that but I do think it is a bit of a celebration today, but after that, it’s just we’re going to get to work like everybody else on this team and that’s what it’s about.”

Don Granato said as a child, he did not view Cammi as a younger sister.

“I treated her as a younger brother and probably pounded her harder than you probably should have as an older brother,” he said. “Then somewhere about teenagers I went, ‘Oh, jeez, she’s a girl, actually. Maybe I shouldn’t do that.’

Cammi Granato, 50, is the second woman the Canucks have named to a high-ranking front office position since Jim Rutherford recently took over as president of hockey operations. They also hired Émilie Castonguay, a Niagara University graduate, as an assistant GM.

Before Granato and Castonguay, only one other woman, Angela Gorgone, had served as an assistant GM in the NHL. Gorgone spent the 1996-97 season with the Anaheim Ducks before becoming the Nashville Predators’ manager of hockey operations.

Granato had been serving as a scout for the Seattle Kraken.

When Sabres center Casey Mittelstadt returned last month from an upper-body injury that required surgery, Granato said he was exhausted at the end of practices.

“Now, I look over your shoulder and he’s out there still going,” he said. “His posture is way better. He wasn’t slouched over or anything like that. So he’s going in the right direction based on all of that.”

Mittelstadt, who rejoined his teammates for Wednesday’s practice, skated Friday in a non-contact role for the first time since leaving the lineup again Jan. 30. That 4-1 loss to the Colorado Avalanche was just his third outing since undergoing surgery in early December.

“He had fluid in there, which we didn’t know until we got some more imaging, so he had something nagging him that was a repercussion of the surgery and the rehab coming back in,” Granato said. “They’ve taken care of that.”

Granato, whose Sabres play an afternoon road game Sunday against the Montreal Canadiens, said he hopes Mittelstadt is now day to day.

“It was a major jump to go from a yellow jersey the other day after day one into a full practice today, which is really nice,” he said. “It’s an indication that, yes, he could be in a day-to-day situation.”