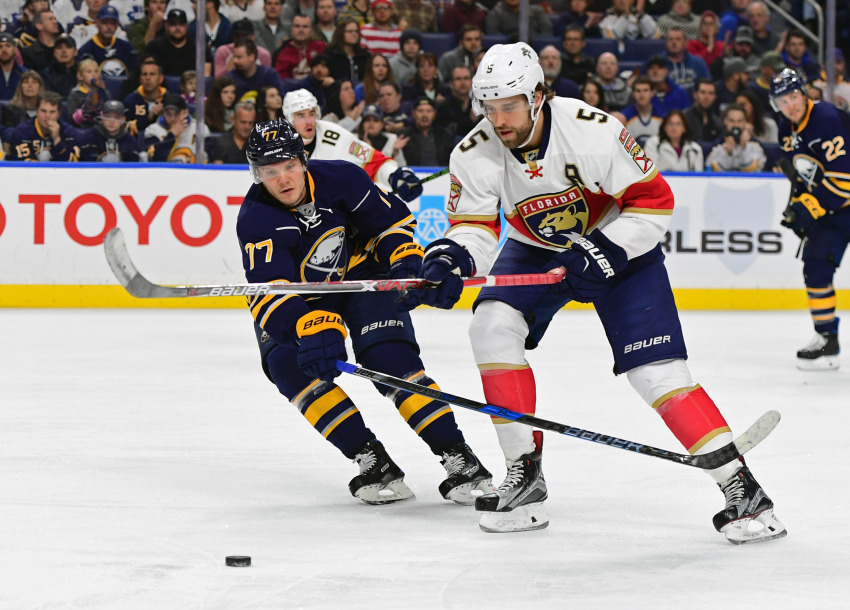 BUFFALO – Some quick updates from HarborCenter, where the Sabres practiced about an hour this morning before flying to St. Louis:

– The Sabres plan to recall some players before Tuesday’s road tilt against the Blues. Only 17 players – 10 forwards, five defensemen and two goalies – practiced today.

The Sabres returned wingers Nick Baptiste and Cole Schneider and defenseman Justin Falk to the Rochester Americans after Saturday’s 4-2 loss in New Jersey, a game O’Reilly sat out.

“We do have salary cap issues,” Bylsma said of the recalls.

Don’t be surprised if the reinforcements officially join the Sabres on Tuesday.

– The Sabres made one notable line change today, bumping rookie winger William Carrier up to the top line with center Sam Reinhart and Kyle Okposo.

“Will has played extremely well, played (with) … speed, he’s been really physical and he has gotten in the mix on offensive chances,” Bylsma said.

Carrier is pointless in his first five NHL games.