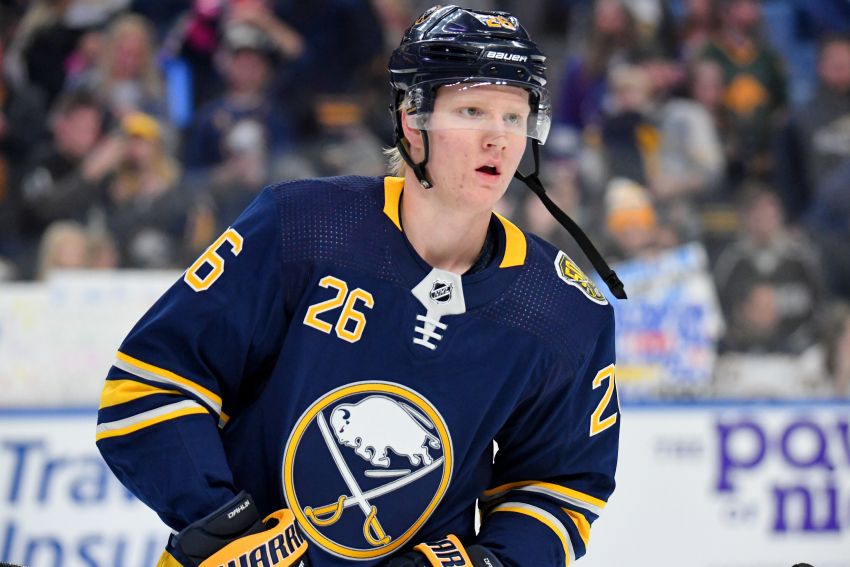 BUFFALO – In addition to what coach Ralph Krueger has termed some “light injuries,” the Sabres are dealing with some sickness going around the locker room.

So tonight’s lineup against the Colorado Avalanche isn’t set yet.

“I would love to be able to tell you the roster, but I have to be honest, we’re still assessing,” Krueger said this morning inside KeyBank Center.

Krueger said two defensemen are being assessed. Rasmus Dahlin, who had a maintenance day Monday, and Brandon Montour, a late scratch because of a lower-body injury for Saturday’s 2-1 overtime win, both skated this morning.

Montour said he told the Sabres he feels well enough to play.

The Sabres did not skate as a team.

Krueger said the Sabres could recall a player from the Rochester Americans.

Center Johan Larsson, who also had a maintenance day Monday, did not skate this morning.

Forward Rasmus Asplund has been recalled from the AHL.

The Sabres have utilized all sorts of lineups this season, mixing up lines and combos while often dressing 11 forwards and seven defensemen.

“The good thing about our roster is the guys are used to playing with different bodies,” Krueger said. “Since the injuries began, even back to (Vladimir) Sobotka leaving, we’ve had a lot of of changes in our lineup from game to game and the guys have done really well with that. We’re going to adapt.