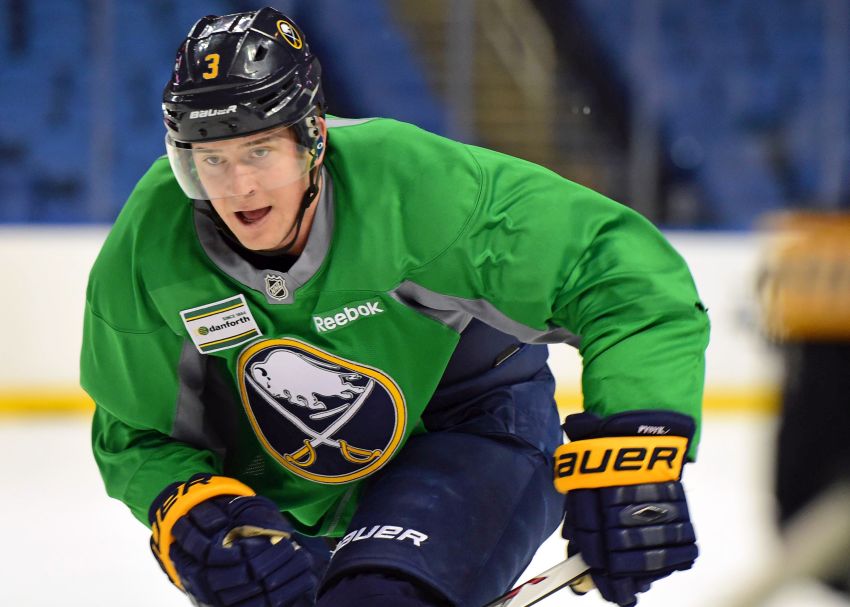 BUFFALO – In the last three games, Sabres coach Dan Bylsma has used all eight defensemen on his roster, including Carlo Colaiacovo, who played Friday after sitting 15 straight games and 26 out of 27.

So, is Bylsma finally OK with having two spare defensemen?

“Am I warming to it?” Bylsma asked this afternoon. “No, I’m not warming to it. I don’t think I’ll ever warm to it.”

“Six is best, and to have eight, it won’t be a rotation of three or four five guys with the eight D,” Bylsma said. “You don’t like a guy to get stale and not play a lot of games, and that tends to happen when you have eight.”

Still, Bylsma possesses valuable depth at a critical position, meaning he has the luxury to change his lineup. After two poor losses earlier this week in which the Sabres allowed 12 goals, he scratched Mark Pysyk for Friday’s 6-4 win against Montreal.

“I didn’t like our last two games defensively, and that would be inclusive of a lot of people,” Bylsma said. “I think just the opportunities and situations were giving up in a game, Mark was a part of. We’re going to have that accountability in our game, and Mark was the guy that was coming out.”

In other news, Zemgus Girgensons, out the last three games (lower body), practiced today inside the First Niagara Center and should return as a center, not a winger, when the Sabres host Colorado on Sunday afternoon. With center Johan Larsson out, Bylsma wants Girgensons in the middle.

Update: The Sabres have returned forward Phil Varone, who had an assist Friday, to the Rochester Americans.

Bylsma said Larsson (lower body) skated on his own today and is “significantly better.” He could practice Monday.

Bylsma said goalie Robin Lehner will start against the Avalanche.