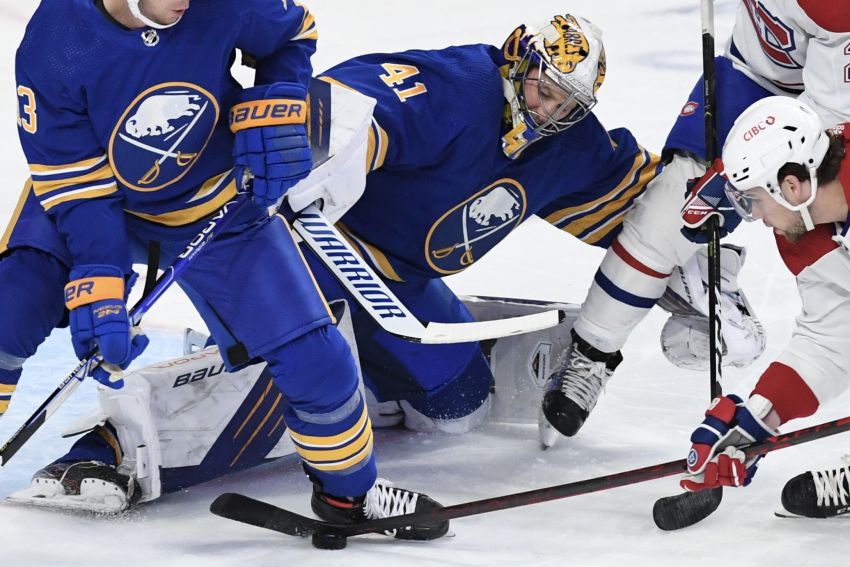 Goalie Craig Anderson’s timeline to return from his upper-body injury has been changed to month to month on the Buffalo Sabres’ injury report.

Anderson, 40, had been listed as week to week. The veteran hasn’t played since suffering his injury Nov. 2.

“He has been as mystified as anybody,” Sabres coach Don Granato told reporters following Friday’s practice in Raleigh. “This is an elusive thing. You wake up each day and it could resolve and so you’re hopeful of each day with the issue he deals with that tomorrow it resolves completely. But it hasn’t, and because it hasn’t it’s the same subtlety every day. It can be aggravating to the same extent. It can resolve tomorrow but it can be there again tomorrow. So there is potential for frustration.

“He’s a pro, he has handled it extremely well. He’s had injuries in his career, he’s had a long career, he’s keeping himself ready in the event it does resolve.”

In other news, Sabres goalie Malcolm Subban, who was acquired Thursday from the Chicago Blackhawks in exchange for future considerations, practiced Friday. The newcomer could start tonight’s game against the Carolina Hurricanes.

“What I saw today and talking to him this morning, I’m comfortable putting him in the net,” Granato said.

To make room for Subban, the Sabres sent top goalie prospect Ukko-Pekka Luukkonen, who was recalled Thursday, back to the Rochester Americans.

Why did the Sabres assign the Finn, 22, to the AHL?

With Dustin Tokarski in COVID-19 protocol, Aaron Dell is the Sabres’ other healthy goalie.