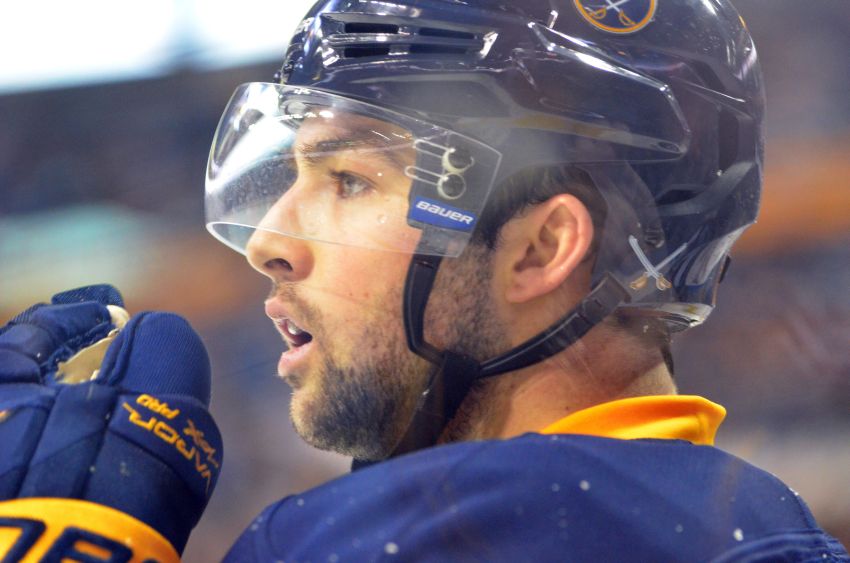 BUFFALO – There was no straight path to the NHL for Cory Conacher. About 10 years ago, after the AAA Burlington Cougars cut him, the diminutive Sabres winger figured his hockey career was over.

“You always run into a certain coach that just doesn’t like your physical stature,” Conacher recalled Friday, “and that’s kind of I think what happened.”

But the 5-foot-8 Conacher had a chip on his shoulder that would help buoy him to the NHL.

“I like proving people wrong,” he said. “It’s a pretty good feeling when you make it this far and you get the chance to prove someone like him wrong.”

Conacher thrived playing down a level in AA – “I had the most fun and the time of my life down there,” he said – eventually moved up and later earned a spot at Canisius College, becoming an NCAA star.

“I don’t think I was ever the best kid on the team,” Conacher said. “I think what got me this far is my work ethic and how hard I worked and how hard I wanted to make the NHL.”

The 24-year-old cracked the NHL last season with the Tampa Bay Lightning, briefly turning heads on a line with Martin St. Louis, his idol, and Steven Stamkos.

Barely a year later, having been let loose by the Ottawa Senators earlier this month, Conacher is already on his third team. He hadn’t scored a goal since Dec. 28 entering Saturday’s game against the New York Islanders.

But Conacher is generating some rare buzz for a waiver addition. Buffalo claims the Burlington, Ont., native as its own. He’s skating on the first line beside Tyler Ennis and Drew Stafford.

“It’s pretty special to be back here in Buffalo and be able to play in a Sabre uniform,” said Conacher, whose new team hosts old friend Thomas Vanek and the Montreal Canadiens tonight inside the First Niagara Center. “I used to watch so many games when I went to Canisius.”

Canisius wound up being the perfect spot for Conacher, who wanted to play Division-I hockey badly, to develop into a professional talent.

“It was probably the best decision I could make at the time because I wasn’t even the best player on my junior team,” Conacher said. “I wasn’t an outstanding player yet. I still had to develop a little more.”

Conacher had been drafted by the Quebec Major Junior Hockey League’s Moncton Wildcats. He also could’ve waited for large schools like Boston College or Boston University to come after him.

“But that might’ve taken another year or two of tier-two juniors,” he said. “I might’ve not played my freshman and sophomore years.”

Conacher “wanted to go somewhere and play and make an impact on the team and play big minutes.” Canisius’ small size didn’t matter.

“It was just the fact I want to keep playing,” Conacher said.

Conacher developed into the most decorated local NCAA hockey player ever, accumulating 62 goals and 148 points in four seasons.

Undrafted, Conacher then bounced around the minors shortly after his senior season ended in 2010-11.

The AHL Rochester Americans, then under an affiliation with the Florida Panthers, signed him for a weekend. He went down to the ECHL’s Cincinnati Cyclones and scored five goals and seven points in three games before earning a promotion to the Milwaukee Admirals, who shared the Cyclones with Florida.

Within months, Conacher had morphed into a top NHL prospect with the Norfolk Admirals.

“I ended up being put in a pretty good situation with Norfolk,” he said. “I played a lot of minutes with them. I was able to play with some pretty good players.”

He added: “That’s kind of where I blossomed, I guess. Norfolk was a team that was pretty amazing.”

Conacher enjoyed one of the greatest AHL seasons ever in 2011-12, scoring 39 goals and 80 points while winning league MVP and rookie of the year honors. The Admirals won the Calder Cup and a record 28 straight games during the regular season.

“That definitely helped me develop into a player as well,” Conacher said. “Being a part of that team was special.”

So was playing beside the 5-foot-8 St. Louis, another undrafted college star, last season.

“That was a dream come true,” Conacher said. “Marty St. Louis was my mentor when I got to Tampa. I think he might’ve saw a bit of himself in me. That’s why he really tried to help me out so much. I still text him to this day. He gives me a lot of pointers.”

With defensemen Tyler Myers and Alexander Sulzer out, the Sabres recalled rookie Rasmus Ristolainen from Rochester on Saturday. They also have rookie Chad Ruhwedel on emergency recall.

The 19-year-old Ristolainen, the eighth overall pick in June, compiled one goal and four penalty minutes in 19 games after making the Sabres out of training camp. He played one game under Nolan before the Sabres sent him to the AHL.