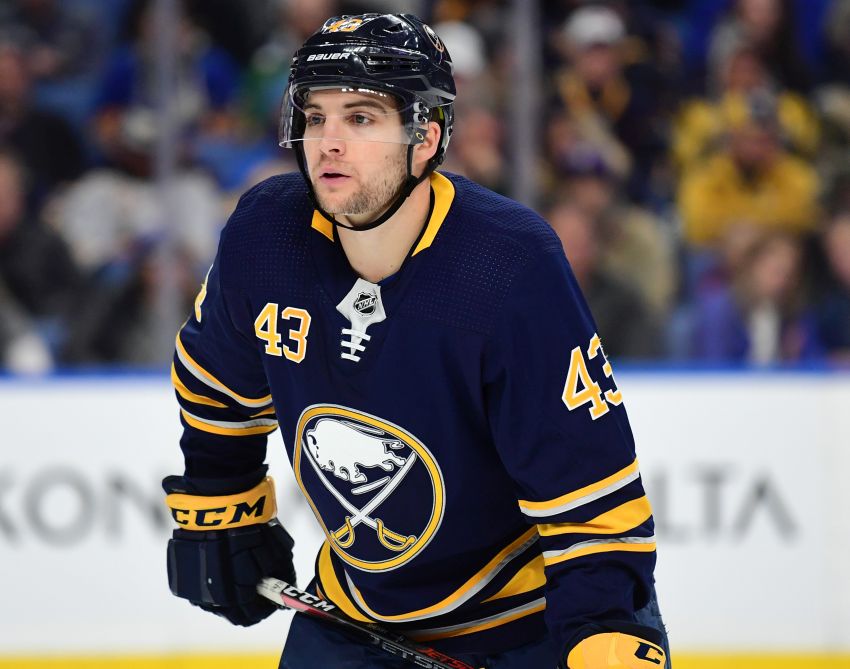 BUFFALO – Suddenly, the Sabres have a three-game losing streak. Sure, they lost three road contests by one goal. It should also be noted the Tampa Bay Lightning and Nashville Predators, the NHL’s top two clubs points-wise, beat them.

So the Sabres’ 0-2-1 run – they earned a point in Friday’s 3-2 overtime loss to the Florida Panthers – isn’t a normal losing skid.

Still, the Sabres, who have another stiff test tonight against the Toronto Maple Leafs, had just won 10 straight games.

“He tracks pucks well, he uses his speed, he’s tenacious, he strips pucks from behind and he’s got a terrific shot,” Housley said of Sheary, who has six goals and 12 points in 24 games.

Update: McCabe and Scandella are not warming up.

Tonight’s tilt at KeyBank Center, the first of four meetings this season, is unique. It marks the first game between the teams in which they’re both occupying a playoff spot since Jan. 21, 2013.

With both teams good again, Sabres defenseman Rasmus Ristolainen hopes the rivalry between Buffalo and Toronto is entering a new phase.

“It’s really special when you play Toronto,” Ristolainen said. “They’re one of the top teams in the conference and in our division and we started this year well, so hopefully it will be a good match-up for a long time.”

“Everything about it, let’s face it, is the proximity of the two teams,” Babcock said. “Thinking about every time we came here before, there was a lot of energy in the building, a lot of Leafs fans. Pretty soon Leafs fans won’t be able to buy tickets here because Buffalo fans will have bought them already.”

– With McCabe and Scandella out, the Sabres’ penalty killing has struggled over the past four games, allowing five goals on 14 opportunities.

“We got a lot of young guys killing,” Housley said. A”t the same time, I think you just got to find where the weapons are, especially the one-time options. We haven’t taken that away.”