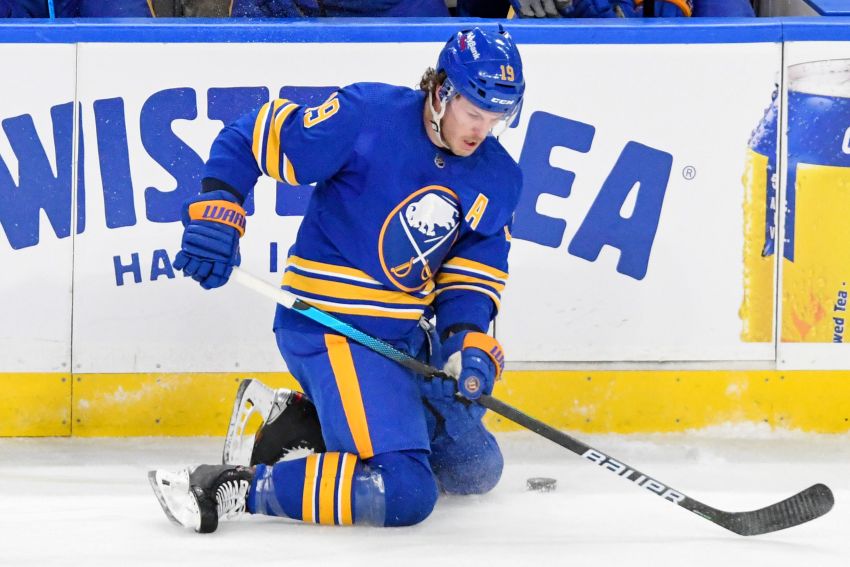 Sabres defenseman Jake McCabe, who left Saturday afternoon’s 3-2 win against the New Jersey Devils after suffering a lower-body injury, has returned to Buffalo for an MRI, coach Ralph Krueger said.

Krueger said the Sabres will have an update on McCabe’s status prior to Monday’s road game against the New York Islanders.

“I’ll be honest with you, (I’m) not very optimistic about the diagnosis that’ll come out of this, but let the medical team take a look at it and we’ll give you a full report,” Krueger said on a Zoom call. “The lower-body injury is serious.”

McCabe, 27, left Saturday’s road game with 11:03 remaining after his right leg buckled when he tried to hit Nico Hischier in the corner. The American clutched his knee before being helped off the ice.

With McCabe likely sidelined and Rasmus Ristolainen still recovering from his bout with COVID-19, the Sabres’ defense depth is being tested.

Rookie Will Borgen looked impressive last week, playing four straight games following his promotion from the taxi squad. Borgen blocked a shot with his hand Saturday and could miss Monday’s game. He did not practice Sunday.

“It was better to take the day off today,” Krueger said. “We see it truly as a day-to-day (situation). … There is a possibility that he might have to miss one game.”

Defensemen Henri Jokiharju, a healthy scratch Saturday, and Brandon Davidson could move into the lineup.