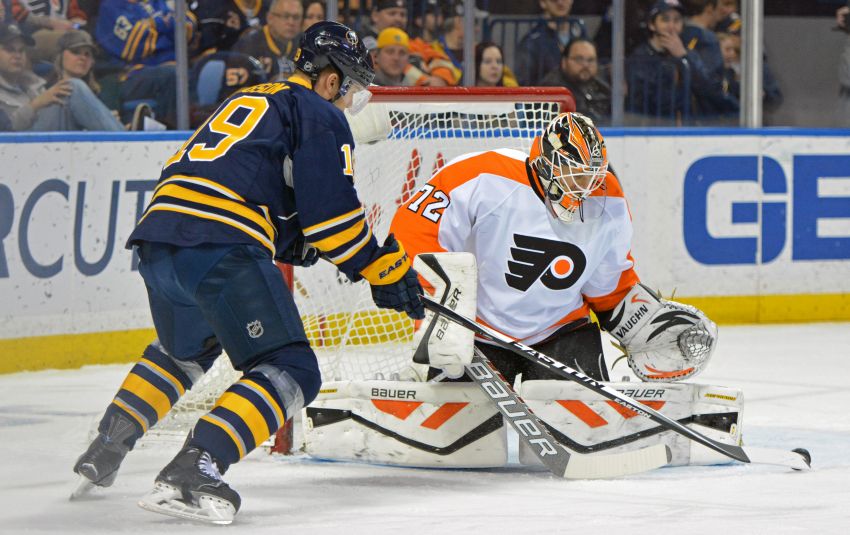 BUFFALO – Struggling Sabres winger Cody Hodgson, who has two goals and eight points in 51 games this season, will be a healthy scratch again this afternoon against the New York Islanders.

Sabres coach Ted Nolan seems to have run out of ways to reach Hodgson, who was scratched Jan. 30 in Vancouver against the Canucks, his former team. This will be the third time he has sat.

“I don’t believe anybody’s a lost cause,” Nolan said this afternoon inside the First Niagara Center. “It’s just not working for whatever reason. The thing you got to do is your own soul-searching and find out what makes you work and fit in.”

Hodgson, who had 20 goals and 44 points last season, might be enduring the worst season of any NHL forward. The 24-year-old’s struggles actually keep Nolan up at night.

“There’s a lot of nights you lay awake wondering what could be said,” Nolan said. “Are you saying the right things? Are you saying not enough, not enough ice time with the right people? All those things you go through. When push comes to shove, what it really boils down to, I believe, is you got to find that inner strength and find a way through it.”

Marcus Foligno, out the last 20 games with a hand injury, will return. Goalie Michal Neuvirth will start, Nolan said.

Check back later for a full story on Hodgson.