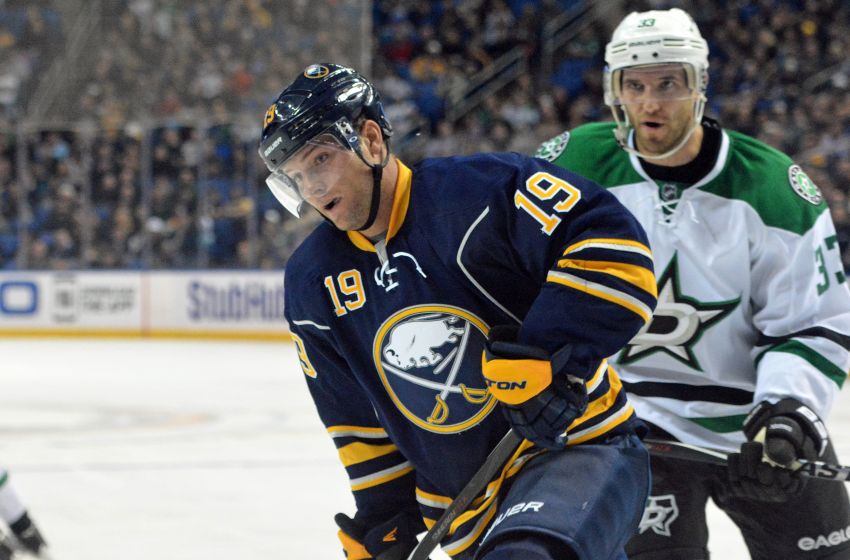 BUFFALO – Some nights, Ted Nolan said, he lies awake in bed wondering how he can fix Cody Hodgson, his struggling winger. Right now, the Sabres coach and his staff can’t get through to the 24-year-old, who might be enduring the worst season of any NHL forward.

Nolan scratched Hodgson, who has two goals and eight points in 51 games this season, for Sunday’s 3-2 loss to the New York Islanders, the third time he has been benched this season. Marcus Foligno returned from a 20-game absence (hand).

Hodgson’s in the second season of a six-year, $25.5 million deal. He has zero goals in his last 22 games and one in the last 43 contests. Don’t forget, he had 20 goals and a team-high 44 points in 72 appearances just last season.

“I don’t believe anybody’s a lost cause,” Nolan said inside the First Niagara Center. “It’s just not working for whatever reason. The thing you got to do is your own soul-searching and find out what makes you work and fit in.”

Nolan said he wonders if he’s saying the right things to Hodgson or is playing him with the right people. Hodgson has shifted between center and left wing for months. Assistant coach Bryan Trottier, a Hall of Famer, has worked closely with Hodgson all season, showing him “why certain things ain’t working,” Nolan said.

“The only thing we can do is go through video and show him and what we expect and what we want,” Nolan said. “It’s up to the player whether he wants to or not.”

Nolan scratched him Jan. 30 in Vancouver against the Canucks, his former team, perhaps one of the last cards he had to play.

“When push comes to shove, what it really boils down to, I believe, is you got to find that inner strength and find a way through it,” Nolan said.

What can the Sabres do with him? Since Hodgson’s under 25 years old, they can buy his contract out for one-third of its value. Given Hodgson’s past production and an eight-year cap hit, that seems unlikely, however.

Ultimately, Hodgson will have to work himself out of this marathon slump.

Hodgson, who had back problems early in his career, isn’t injured, Nolan said.

In his first game since Dec. 21, Foligno looked sharp, scoring his sixth goal and assisting on Drew Stafford’s score.

The 19-game absence made Foligno hungry.

Foligno, who had been playing center, skated 15 minutes, 21 seconds on the left wing beside Stafford and center Brian Flynn. Foligno crashed the net to bury Nikita Zadorov’s rebound 12:33 into the second period, his fourth goal in his last seven appearances.

Why did Nolan put Foligno back on the wing?

“He’s a big, powerful winger,” he said. “Flynn’s been playing fairly well there (at center). We just thought we’d keep it that way.”