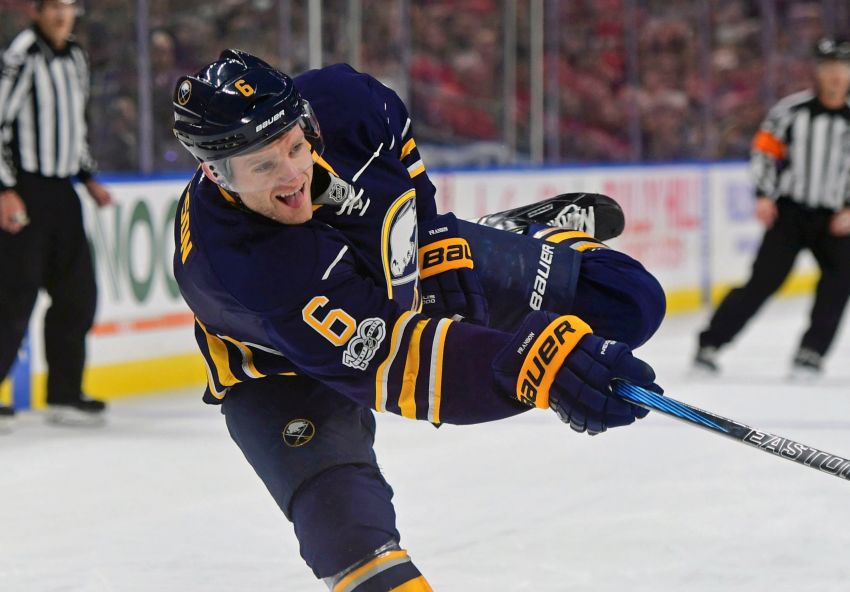 – Defenseman Cody Franson, out the last four games with a bruised left foot, pronounced himself ready to play after practicing again today, his third straight day on the ice.

“It was supposed to be a two- to three-week thing, and I think we made it almost seven days,” Franson said. “I feel good and ready to go.”

Update: Franson will return against the Blues.

New update: With Franson back, the Sabres have waived defenseman Taylor Fedun, who has seven assists in 25 games.

The Sabres host St. Louis on Saturday afternoon and Chicago on Sunday.

“We should see him on the weekend,” Sabres coach Dan Bylsma said.

– Center Derek Grant, who injured his shoulder late in the first period Thursday, “had a decent amount of good news from his evaluation today,” Bylsma said.

Still, Grant has some weakness and is likely out this weekend, Bylsma said.

Instead of recalling a center, the Sabres will likely use winger Nick Deslauriers as their fourth-line pivot, something they tried earlier this month.

– Injured forwards William Carrier (bone bruise) and Zemgus Girgensons (middle body) skated on their own today. Neither has been cleared for contact.