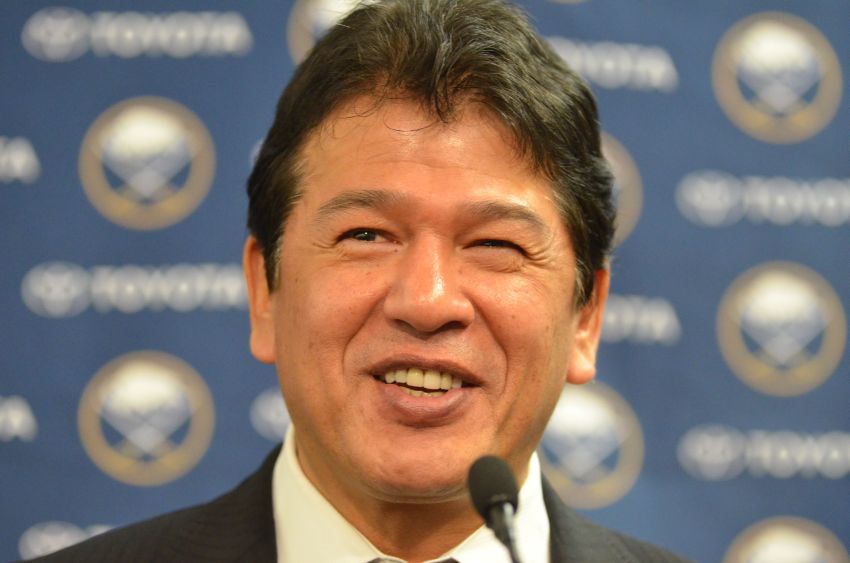 The Sabres, despite the NHL’s weakest roster and worst record, still compete most nights. Murray likes Nolan’s work with the youngsters and his popularity with the veterans.

“All I’ve heard is positives,” Murray said this afternoon in announcing a three-year contract extension and removing Nolan’s interim tag.

“One of the things I mentioned when I first got here, if I could pick a place to go, this would definitely be the place,” he said inside the First Niagara Center. “I’m excited to be here. This is a city that deserves a championship.”

The tough times the rebuilding club is enduring now – they’re 16-30-8 since Nolan replaced Ron Rolston on Nov. 13 – will help the Sabres down the road, Nolan said.

“I really believe you got to go through those rough waters in order for those smooth waters to come,” he said.

Why was the deal signed today? It was rumored to be close for weeks. With Pat LaFontaine’s March 1 resignation as president of hockey operations and the NHL trade deadline, they figured it was better to put the contract on the backburner.

Nolan’s the guy now, however, and he’s excited about the future.

“What we have now is what we have now,” he said. “You see some chunks of coal here and polish them up, they’re going to be some pretty good diamonds down the road.”

Nolan believes he and Murray are on the same page.