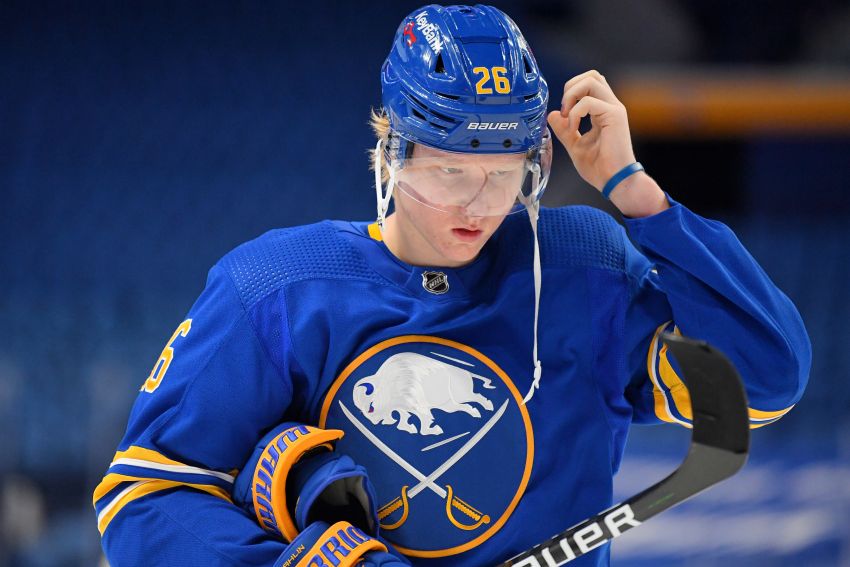 Buffalo Sabres defenseman Rasmus Dahlin, who left Monday’s 6-1 win over the Flyers after Nicolas Aube-Kubel hit him in the head, will play tonight in Philadelphia, coach Ralph Krueger said.

Still, Krueger isn’t pleased. The NHL Department of Player Safety did not suspend Aube-Kubel for what Krueger called a “deliberate hit to the head.”

Instead, the department fined the winger $4,633.62, the maximum amount the collective bargaining agreement allows.

“We were hoping for a suspension for a deliberate hit to the head,” Krueger said on a Zoom call this morning from Wells Fargo Center.

He added: “That’s something that’s a little bit frustrating.”

Aube-Kubel was penalized four minutes for high-sticking 18:01 into the third period.

Most of the Sabres did not go on the ice. Krueger said goalie Jonas Johansson, who backed up Carter Hutton on Monday, also skated.

“It’s something we are going to take a look at and decide after the skate,” Krueger said.