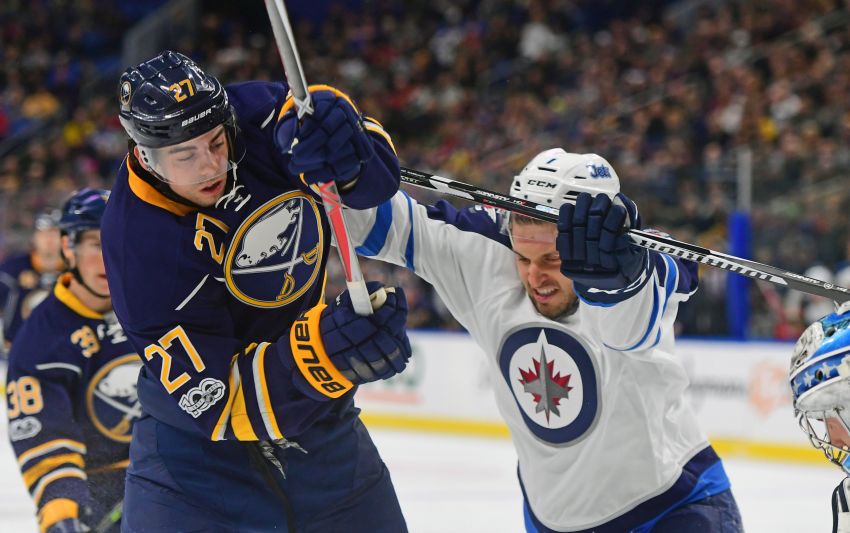 BUFFALO – The Sabres reclaimed center Derek Grant off waivers from the Nashville Predators today and sent him to the Rochester Americans.

Grant started the season with the Sabres, playing 35 games. But Nashville grabbed the 26-year-old on waivers Jan. 11, and he played six games with the Predators, who waived him Sunday.

Grant offers the Sabres, who struggled to replace him, a fourth-line center. They have been using winger Nick Deslauriers for a few minutes a game in the spot. Cal O’Reilly, Grant’s replacement, was waived last week and sent to the AHL.

Grant, whose strong preseason earned him a roster spot, has zero goals and four points in 41 games this season. He has never scored an NHL goal in 81 appearances.

He thrived in the AHL last season, scoring 27 goals and 46 points in 36 contests with the Stockton Heat, the Calgary Flames’ affiliate.