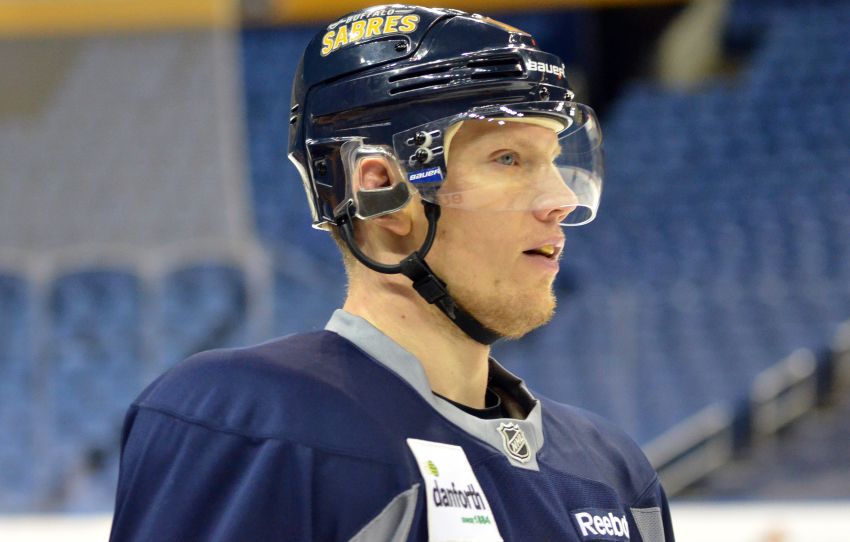 “‘Earhoff,’ it’s the most common one, I think,” Ehrhoff, who needed 40 stitches to repair a cut on his right ear Sunday, said this morning inside the First Niagara Center.

As Ehrhoff spoke, a teammate shouted the nickname.

“I guess when you have a situation like that, the jokers, they always come out pretty quick,” Ehrhoff said.

He can smile now. But he experienced a lot of pain immediately after Scott Hartnell’s shot hit him late the Sabres’ 5-2 loss in Philadelphia.

Ehrhoff knew right away the puck had cut him. He quickly skated off the ice and received help from the training staff. He never lost hearing.

“They wrapped something around my head to put pressure on it so it wouldn’t swell too much,” he said. “It was pretty painful.”

The German said he was hit in his left ear once during his Vancouver days. The injury wasn’t as bad, however.