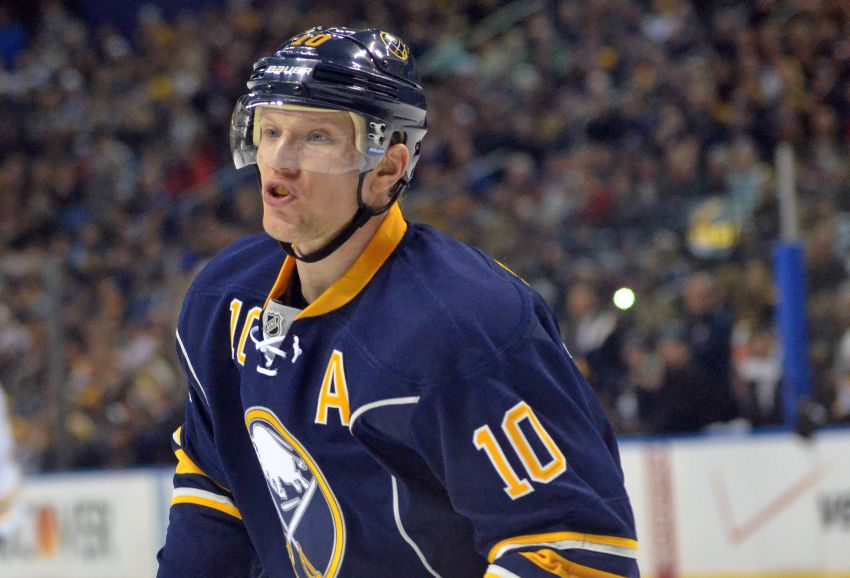 “You don’t want to make light of it, but every day I walk in and say, ‘Steve, you still here?’” Nolan joked this morning inside the First Niagara Center. “I talked to Tyler Myers on the ice today. His name popped up in the newspapers yesterday. I told him maybe it’s a compliment on his side because people want him.”

The Sabres’ big three unrestricted free agents – Ott, goalie Ryan Miller and winger Matt Moulson –  will all play what could be their final game tonight against the San Jose Sharks, Nolan said.

More names are starting to pop up, too. Defenseman Christian Ehrhoff confirmed reports he has submitted a list of teams to the Sabres he would refuse a trade to.

“That’s true, yeah,” Ehrhoff said. “The Sabres asked me for my list. That’s part of the business (to) get ready for the trade deadline here. They want to be prepared.”

Ehrhoff, three seasons into a 10-year, $40 million contract, said he doesn’t “have bad feelings about it.”

The Sabres, winners of two straight, haven’t won three games in a row all season.

“We’re learning not to quit, not to give up after a bad break, bounce or being down,” said Nolan, whose team blew a two-goal lead but rallied to beat Boston 5-4 in overtime Wednesday.