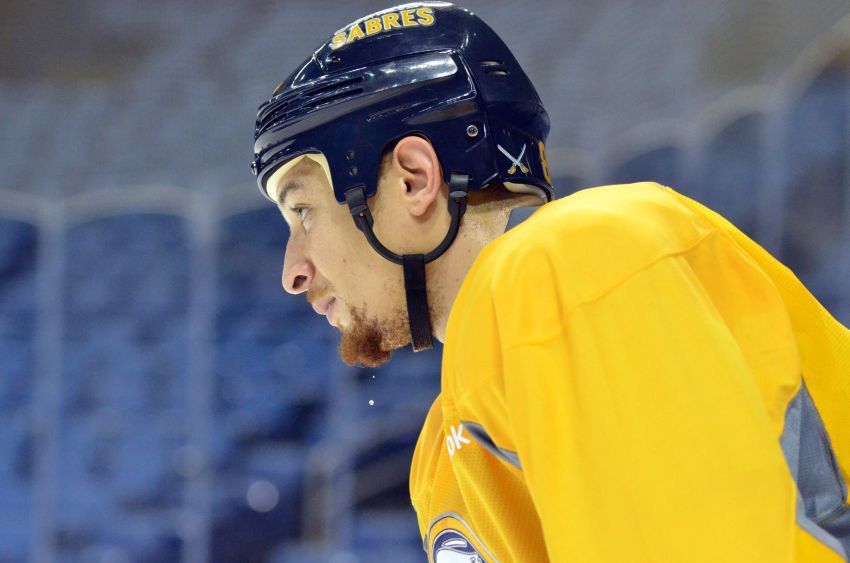 BUFFALO – Originally, the right ankle injury Chris Stewart suffered March 6 was supposed to shelve the Sabres winger the rest of the season.

Tonight, Stewart, who arrived from St. Louis on Feb. 28, will play his third game with the Sabres.

“I think it’s a pride thing,” Stewart said this morning inside the First Niagara Center. “I wasn’t really willing to accept my season to be done in the beginning of March considering that’s going to be a long offseason.”

Stewart, a 6-foot-2, 231-pound power forward, will skate on the right wing tonight beside center Tyler Ennis and Marcus Foligno against the Detroit Red Wings.

Stewart wreaked havoc in the Sabres’ 3-1 win in Tampa Bay before Lightning goalie Anders Lindback hit him as the two chased a loose puck.

What does Stewart think of Lindback’s hit?

“It’s a Catch-22,” he said. “Obviously, you’d like to see the goalie stay in the net there. I gave him the benefit of the doubt. I tried to get out of the way and look for the puck first. So I can’t necessarily say the next time I won’t remember this. I’m definitely going to protect myself.”

He added: “I don’t think he did it on purpose.”