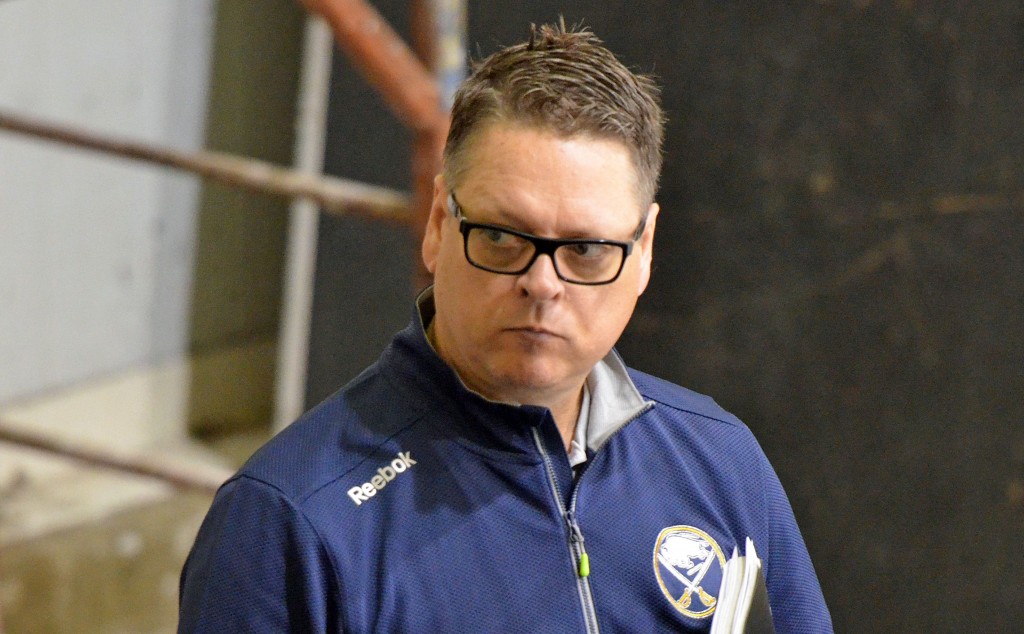 Kevin Devine, Regier’s assistant GM while also in charge of amateur scouting, is still in the scouting department, a team spokesman said. Jon Christiano, the director of pro scouting under Regier, is still in the organization.

More on the hires:

– Jakubowski has been with the Sabres nine seasons, including the last six as the assistant to the GM. He was also director of hockey administration for one year. Jakubowski’s responsibilities include salary cap analysis, contract research for negotiations, player transfers, roster administration and collective bargaining agreement and league compliance. He also assists with hockey operations for the AHL Rochester Americans.

– Murphy scouted four years with Phoenix Coyotes before spending the last three with Ottawa. He played 125 NHL games in seven seasons with Ottawa, the Los Angeles Kings and Vancouver Canucks. Murphy was seen around the First Niagara Center earlier this summer.

– Royce has been an NHL scout 18 years, including the last six as an amateur scout with Ottawa. He also scouted three seasons for Phoenix and eight for the Nashville Predators. He spent three seasons as Nashville’s assistant director of amateur scouting.

– Irbe played 568 NHL games over 13 seasons with the San Jose Sharks, Dallas Stars, Carolina Hurricanes and Vancouver. He was an All-Star in 1994 and 1999 and backstopped Carolina to the 2002 Stanley Cup final. The 47-year-old represented Latvia in two Olympics.

Fans might remember Irbe’s tattered equipment – he wore an old bucket cage and scuffed white pads – as much as his goaltending, which at times ranked among the NHL’s best.

He was his hometown Dynamo Riga’s goalie coach in 2008-09 before spending two seasons with the Washington Capitals from 2009-11.

– Nolan knows Trottier, who won six Stanley Cups as player, from his tenure as New York Islanders coach from 2006-08, when Trottier was the director of player development.

Trottier hasn’t been a behind-the-bench coach since leaving the Rangers.

– Coolen spent eight years of his 20-year coaching career at Acadia University in Nova Scotia, where he won a national championship in 1993. He also coached the University of New Brunswick, the QMJHL Moncton Wildcats and in European Elite leagues.

– Nolan and Flynn have a long history together. Flynn assisted Nolan with the Sault Ste. Marie Greyhounds before moving up to coach the OHL club when Nolan went to the NHL. Flynn also worked with Nolan in Moncton and assisted him in 2006-07, Nolan’s first season with the New York Islanders.