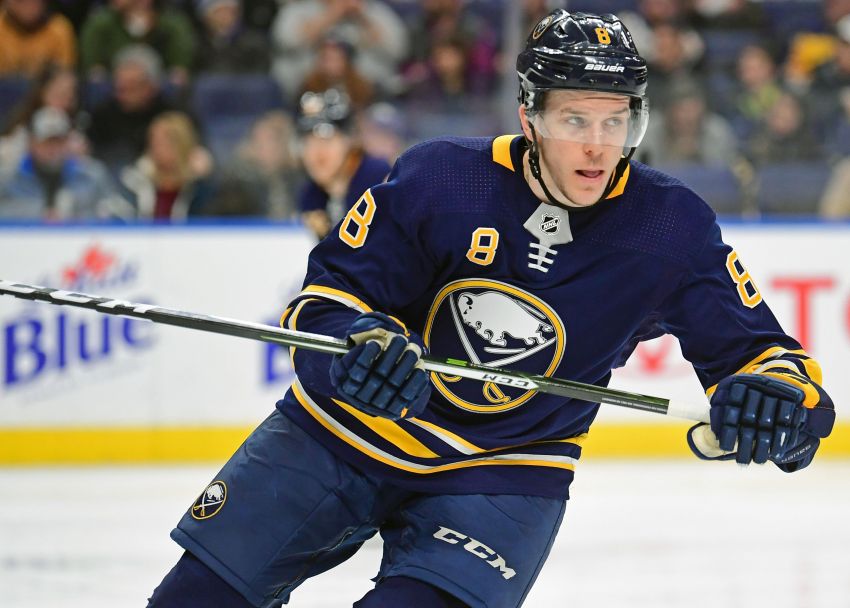 Saturday’s tilt against the St. Louis Blues inside KeyBank Center was his eighth straight appearance. The Minnesota State product has looked so good Housley has been playing him over veteran defensemen Justin Falk and Josh Gorges.

Having never been suspended in his 229-game career, Sabres center Johan Larsson figured the NHL would slap him with a one-game ban for cross-checking Florida Panthers center Vincent Trocheck in the face late in Thursday’s 4-2 loss.

“I have no history, I’m kind of surprised I got two games,” Larsson said Saturday morning. “The guy didn’t get hurt or anything.”

Housley he “was a little surprised” Larsson received two games.

“Just the way the game played out, tempers were high, there were some chippy play on both parts being in the heat of the battle,” he said.

Winger Benoit Pouliot and center Evan Rodrigues also moved in. The Sabres needed to make a roster move to activate Beaulieu from injured reserve, so they sent winger Nick Baptiste back to the Rochester Americans.

Former Sabres captain Steve Ott, 35, is in his first year as an assistant coach with the Blues. Ott retired after spending last season with the Detroit Red Wings and Montreal Canadiens.

“He was a guy that we had our eyes on, unsure whether he was going to play or not, because of his leadership abilities,” Blues coach Mike Yeo said. “You look at that assistant coaching position, how important it is for that guy to be able to have a relationship with the players, to be be able to deal with them in a one-on-one situation, understand what they’re going through, but also to push them into the direction that they need to go. He’s got that type of character.”