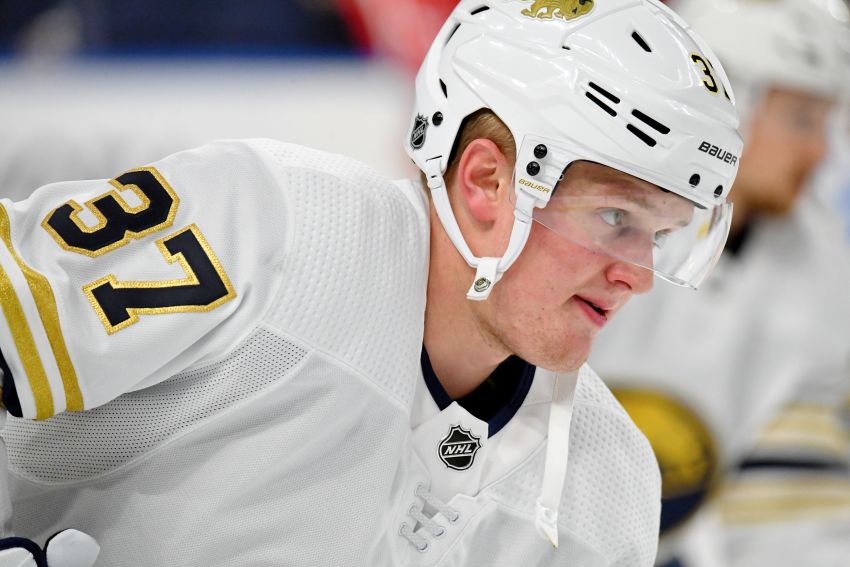 BUFFALO – Casey Mittelstadt understands why he was scratched. The Sabres center knows he played poorly in Saturday afternoon’s 6-5 overtime loss to the Vancouver Canucks.

“It’s not a secret I didn’t play well in Vancouver,” Mittelstadt said this morning. “Yeah, you want to play every game, and I’m happy to be back in the lineup tonight.”

After getting benched for the first time this year, Mittelstadt will return for tonight’s game against the St. Louis Blues at KeyBank Center.

Mittelstadt, 21, has struggled much of this season, his second full NHL campaign, compiling four goals and nine points in 30 contests.

Mittelstadt, who had been playing wing, shifted back to center this morning between Jeff Skinner and Evan Rodrigues.

“For a lot of young centermen, the way into the National Hockey League is by spotting back and forth between actually being exposed to center and playing the wing where you can just play a little bit freer offensively,” Sabres coach Ralph Krueger said. “Now, within our system you need to be responsible both ways. But I think for Casey, it’s good for him to switch back and forth as we walk through this season depending on the opposition, depending on the type of matchups we feel we’ll be getting on the evening.”