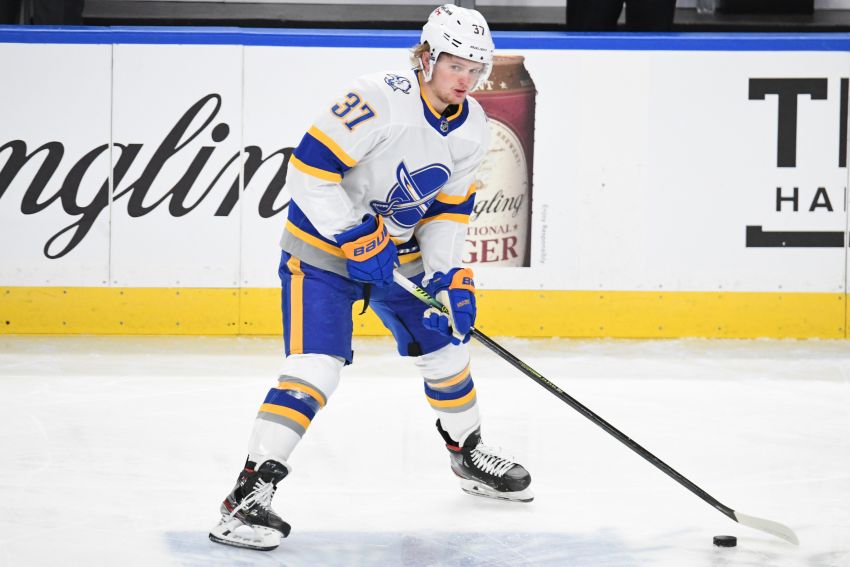 BUFFALO – When Sabres center Casey Mittelstadt’s injury forced him to leave his last outing Jan. 30, he refused to let the thought enter his mind.

But considering what Mittelstadt has endured over the past four months – two upper-body injuries, the second of which necessitated surgery – it felt like his season could be in jeopardy.

“I would not let that enter my mind until I heard it,” Mittelstadt said Wednesday after returning to practice in a non-contact role. “It’s been extremely hard this year, watching the guys and wanting to be out there with them. I’m gonna do whatever I can to get out there and be 100 percent.”

The Sabres don’t have a timeline for Mittelstadt’s return. He began skating on his own during the NHL All-Star break.

“He was encouraged, I was encouraged,” Sabres coach Don Granato of Mittelstadt’s practice. “He looked better, a little better jump than certainly when he left.”

Mittelstadt, 23, played just 4 minutes, 59 seconds before departing the Sabres’ 4-1 loss to the Colorado Avalanche. It was his third appearance since undergoing surgery Dec. 10 and just his seventh game this season.

“It’s a compilation of things,” Mittelstadt said of why he left the game. “I’m trying to speed up the ice and, just not moving the way I want to. There comes a point where, I think, I’m not helping myself out there and not helping the team.”

Of course, Mittelstadt’s patience is starting to wear thin.

“That’s the biggest challenge,” he said. “Just try to stay patient and attack every day and just keep trying to get better every day, even if it’s just a little bit one day. There’s definitely gonna be peaks and valleys and I’ve talked about that a lot with the trainers and the medical staff. I think that’s the hardest part for me, I’m not a very patient person, any way, shape or form.

“But just keep coming to the rink. It’s nice to be able to skate with the guys and be around the team and feel like you’re a part of it a little more.”

Meanwhile, Granato said winger Vinnie Hinostroza, who left the ice limping during Tuesday’s practice, his first session since suffering a lower-body injury Jan. 17, did not worsen his problem.

“He just felt some pain and wanted to make certain,” Granato said.

In other injuries news, goalie Ukko-Pekka Luukkonen, out since suffering a lower-body injury Jan. 11, practiced again Wednesday at KeyBank Center.

Update: The Sabres on Wednesday afternoon sent Luukkonen to the Rochester Americans.