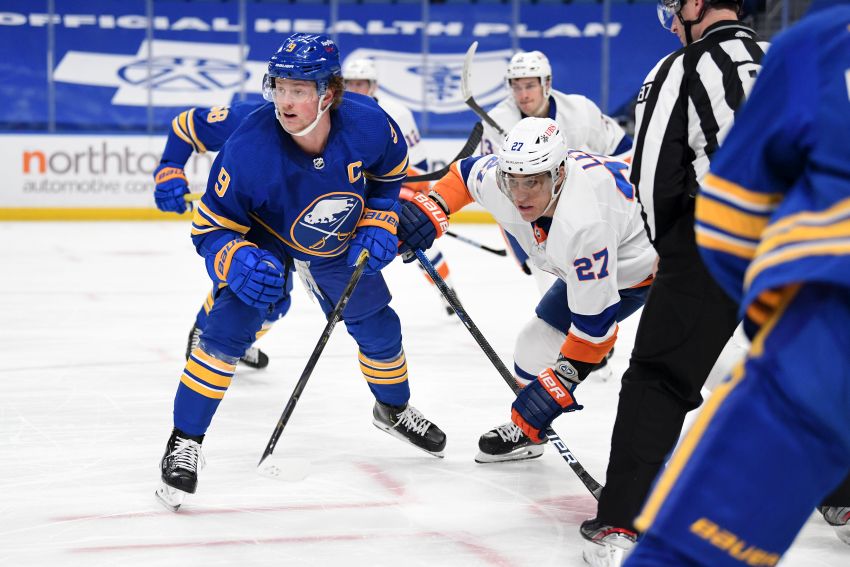 Krueger said Eichel will be sidelined at least another seven to 10 days.

“We hope to have a complete assessment here within the next couple of days,” Krueger said on a Zoom call this morning.

Eichel appeared to hurt his neck when Casey Cizikas hit him behind the net late in Sunday afternoon’s 5-2 loss to the New York Islanders. The NBC broadcast showed the center in discomfort on the bench moments later.

Rookie Dylan Cozens subbed for Eichel again at center this morning on the top line between Taylor Hall and Sam Reinhart.

The Sabres, who have lost eight straight games, host the Pittsburgh Penguins tonight at KeyBank Center.

The Sabres, who have lost eight straight games, host the Pittsburgh Penguins tonight at KeyBank Center.

Goalie Jonas Johansson appeared to leave the ice first this morning, a sign he will start his third straight contest.