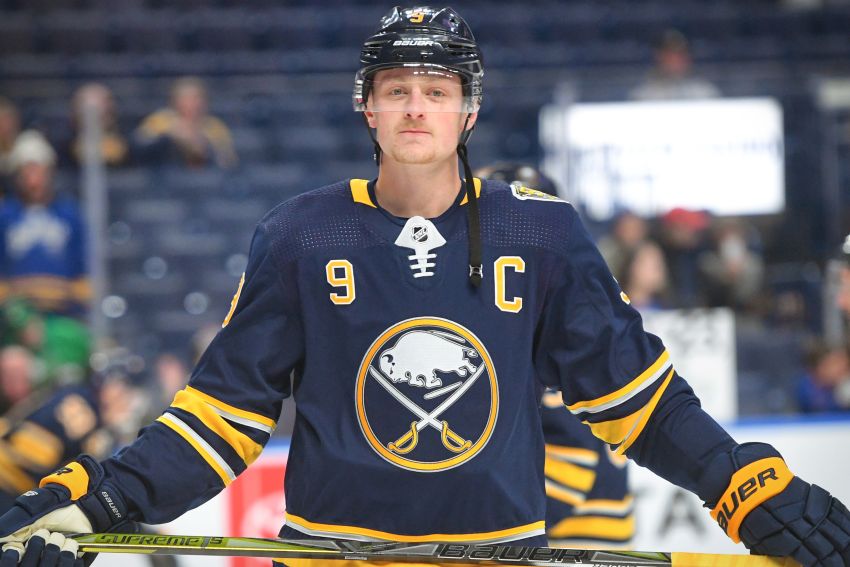 Jack Eichel has been on a tear. ©2019, Micheline Veluvolu

After skating in the pregame warm-up, the Sabres announced their captain would miss his first game this season.

Eichel, 23, has been the NHL’s hottest scorer, compiling 16 goals and 31 points during the league’s longest point streak this season. The center was one game short of tying the franchise-record point streak Gilbert Perreault set in 1971-72.

The NHL doesn’t recognize a streak after a player misses a game.

In Tuesday’s 5-3 road loss to the Toronto Maple Leafs, Eichel tied Dave Andreychuk, who had two 17-game runs, for the second-longest point streak in franchise history.

Overall, Eichel has scored 24 goals and 50 points in 35 games this season.