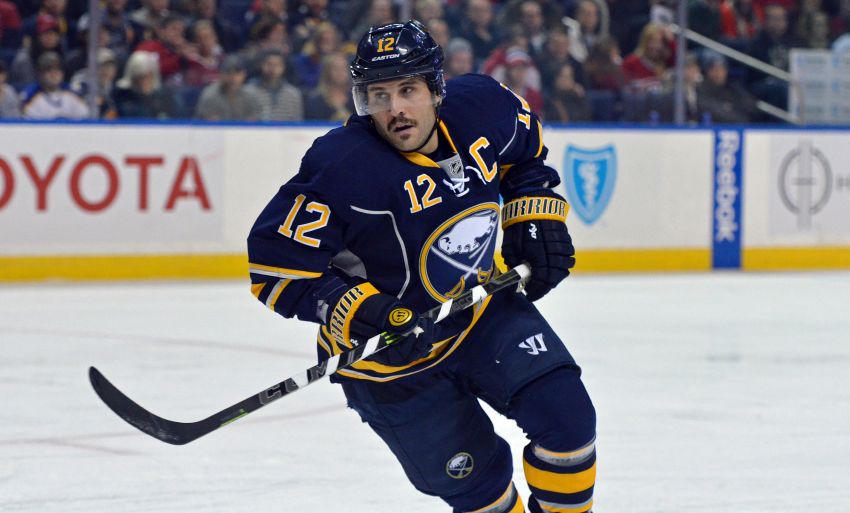 BUFFALO – Sabres captain Brian Gionta doesn’t know what kind of reception to expect from Canadiens fans tonight at the Bell Centre, his first visit to Montreal since a three-year, $12.75 million contract enticed him to sign here.

“I’ll deal with it (tonight),” Gionta said Friday prior to the Sabres’ 2-1 win against the Canadiens inside the First Niagara Center. I’m sure it’ll be weird going into the building. Until you’re back there you really don’t feel it.”

He added: “I hope it’s good. But at the same time, you never know.”

Gionta holds a special place in the Canadiens’ long history. The 35-year-old Greece native was the storied franchise’s second American captain, a title he held his final four seasons. The club made two Eastern Conference finals during his five-year run.

“I’m very grateful for the acceptance there,” Gionta said. “I loved the five years I had there. People were great to me and my family. An American kid coming in there, they gave me a lot of love, and I appreciate that.”

A hockey captaincy is a prestigious honor with any team. Captaining the Canadiens is almost mythical.

“It’s a special thing to have there,” Gionta said. “I enjoyed it. The fans embraced me. My teammates were great.”

“I think when we came in there was a big change in ’09, a lot of change that summer, and it was seeing how the room played out,” Gionta said.

Gionta left a lasting impression in Montreal’s dressing room. While the pressure captaining the Habs can be overwhelming, Gionta was calm and undeterred.

“The thing I take away from him is never worry about the stuff you can’t control, the outside noise,” Pacioretty said. “He was worried about his game, day in, day out, and being a leader when he was at the rink. …

“He did a great job not getting caught up in the extra stuff that I guess comes along playing in a big market. I think that’s why he had so much respect around the room.”

He added: “I think it was admirable to play with a guy like that who definitely had no ego and just wanted team success. I think that’s why he’s wearing the ‘C’ here as well. They probably saw exactly what we saw.”

Sitting out for more than two weeks has been difficult for Sabres defenseman Josh Gorges.

“I hate being a guy sitting on the sidelines watching,” Gorges said Friday morning. “I’m not built for that.”

This weekend might be excruciating for the 30-year-old former Canadiens fan-favorite, who injured his knee Nov. 11.

Gorges, who’s nearing a return but missed his sixth straight game Friday, will likely be forced to watch again tonight.

His return to Montreal was going to be a special experience.

“These games … (were) marked on the calendar,” he said. “As much as you say you don’t think about it and you don’t worry about it, you’re going back to where you used to play, and I want to be in the game, and I want to help my team win.”

Gorges said there’s “still a chance” he could play in Montreal, his home from 2007 until July 1, when the Habs traded him here.

“If you ask him, he’d probably play tonight, for sure,” Sabres coach Ted Nolan said.

Nolan said the Sabres will probably err on “the side of caution” tonight.

“If I’m not able to go (in Montreal), it’s going to be disappointing,” Gorges said. “But that’s life.”

Gorges said he would play if he made the decision.

“But you need to have people to protect you from yourself,” he said. “As long as I’m not at further risk of making things worse and then being out for another three weeks after again, then I should be good to go.”

Gorges was originally supposed to miss around four or six weeks. He joined practice earlier this week, a sign he would return sooner than expected.

“That doesn’t mean it’s guaranteed it’s going to be four weeks,” he said. “You do whatever you have to do to get yourself ready to play, and we’re ahead of schedule today.”

How relieved was Nolan to have Sabres defenseman Tyler Myers back Friday?

“Very, very,” Nolan said Friday morning. “Sometimes you don’t know what you got until it’s taken away from you a little bit. He’s a big part of our team.”

With Myers (lower body) out for Wednesday’s 2-1 loss to Winnipeg, his replacement, Andre Benoit, gave away the puck during a second-period power play, creating the Jets’ winning goal.

Benoit was scratched Friday for the eighth time in 11 games.

“It was pretty much just bad timing,” Myers said about his injury. “I gave it a go. I was just at a position where I needed an extra day and feeling good.”

The Sabres have signed forward Jean Dupuy to a three-year, entry-level contract. Dupuy was an undrafted free agent.

The 6-foot-3, 195-pound 20-year-old has five goals and 19 points in 19 games with the Ontario Hockey League’s Sault. Ste. Marie Greyhounds this season.