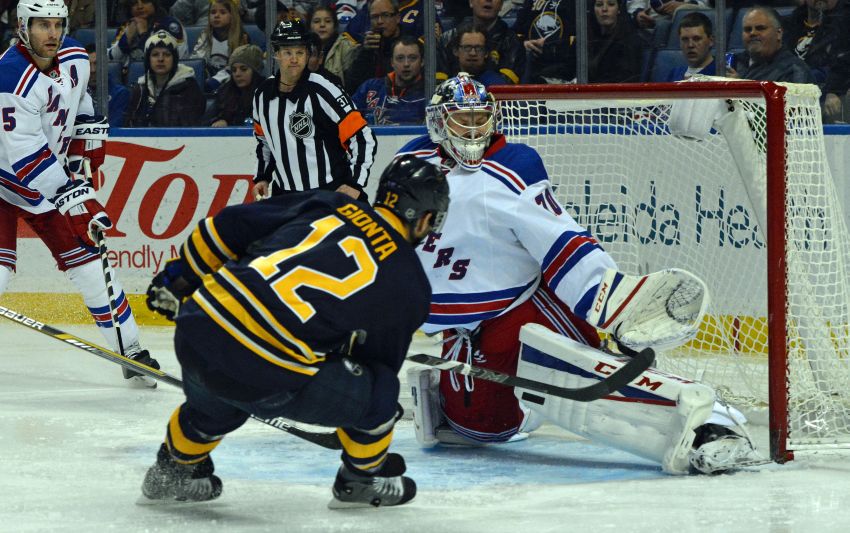 Gionta played almost 25 minutes in the Sabres’ 4-3 overtime loss Thursday, a game in which the hometown fans rooted for the Arizona Coyotes. Surely, the veteran heard the loud cheering inside the First Niagara Center.

Coach Ted Nolan said he was too focused on the game and couldn’t hear the crowd, which wanted the 30th-place Sabres to lose to cement either the first or second pick in June.

Check back later for more on Thursday’s atmosphere, which is garnering national attention, including time on ESPN.

In other news, Nolan said leading scorer Tyler Ennis, who left Thursday’s loss with an upper-body injury, could play Monday in Arizona. The slick winger will accompany the team to Colorado today.

Nolan sounded concerned after the game Ennis’ injury could shelved him.

Given the trying circumstances, Ennis, who has 19 goals and 42 points, has enjoyed a strong season playing for a feeble team on pace to become the lowest scoring in NHL history.

“With all the distractions … I think he’s been having a sensational year,” Nolan said. “In particular, the last 10 games or so, his play has gone up another level. Somebody asked me, ‘What’s the ceiling on this kid?’ I’m not too sure what it is, but it’s going to be magnificent to watch. You’re looking so much in the future sometimes you forget about the present, and right now he’s certainly a gift to watch.”

Nolan also hinted struggling defenseman Nikita Zadorov will sit against the Avalanche. Check back later for more on that.