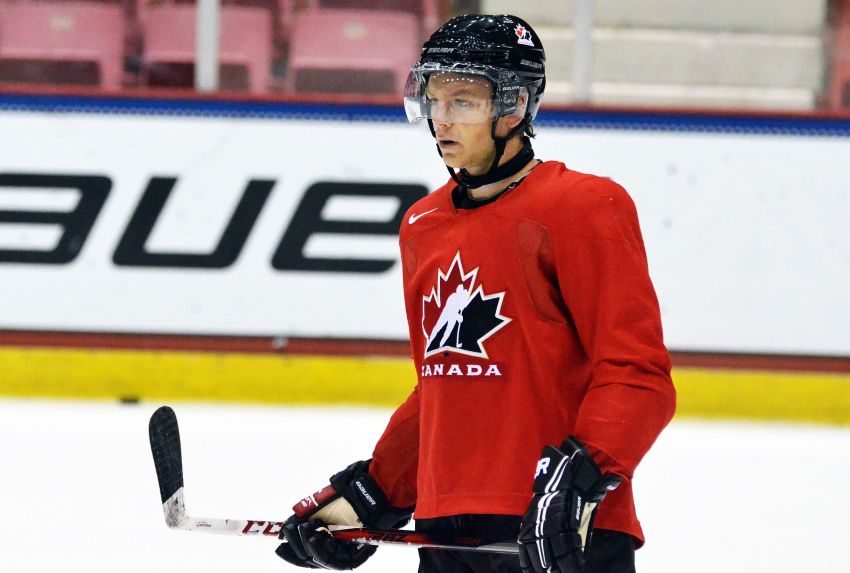 The rebuilding club couldn’t retain the No. 1 overall pick during Tuesday’s NHL Draft Lottery in Toronto. Instead, the Florida Panthers moved up one spot to the top selection.

“I want to win something here,” he said inside the First Niagara Center.

The New York Islanders, who must give the Sabres their first-round pick this year or in 2015 as part of the Thomas Vanek trade, kept fifth selection Tuesday.

Murray acknowledged he wanted the Isles to move up so GM Garth Snow had a tough decision. Snow must decide by June 1. The 2015 draft has Connor McDavid, perhaps the best prospect since Sidney Crosby in 2005.

The Sabres, of course, will still get a very talented youngster at No. 2 this year. Given the dearth of top forwards in the organization, many assume the Sabres will select one early.

Murray, however, said the Sabres “have to take the best player available.”

NHL Central Scouting has center Sam Bennett ranked as the No. 1 prospect, defenseman Aaron Ekblad No. 2 and center Sam Reinhart No. 3.

– Goalie Michal Neuvirth has a nagging hip injury. The Sabres sent him to a specialist.

“I told the trainer just to send him up to me,” Murray joked. “I got a sharp knife and we can get that done quick.”