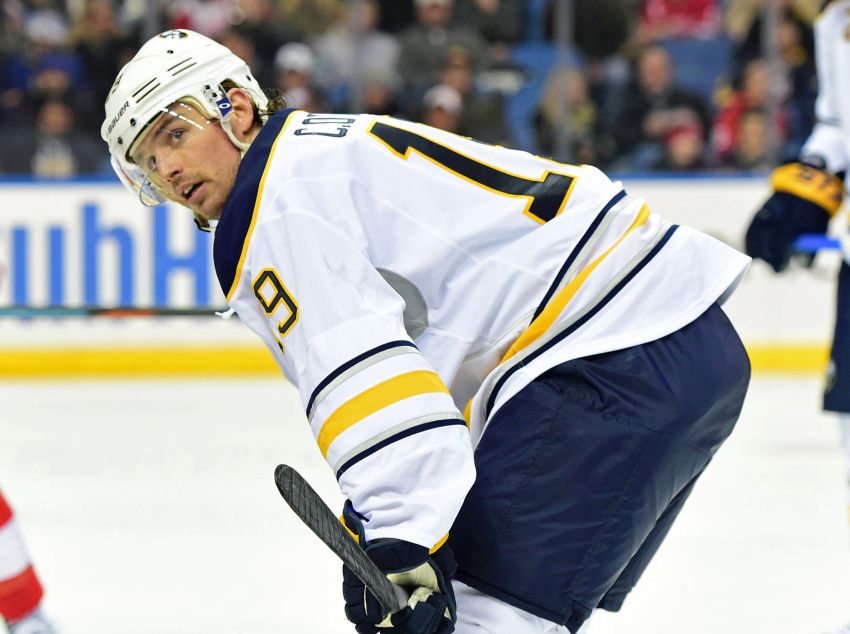 BUFFALO – If the Sabres recalled the hottest player from Rochester, goalie Linus Ullmark, not forward Cal O’Reilly, would be up right now, coach Dan Bylsma joked.

Ullmark, who played 19 NHL games earlier this season, dazzled over the weekend, stopping 94 of 97 shots in two wins, including 51 in Saturday’s 6-2 win in Syracuse.

“But we need a forward, not a goalie,” Bylsma said this afternoon inside the First Niagara Center.

That’s why O’Reilly’s up from the Americans again. The AHL captain capped a rare three-victory weekend with an overtime winner Sunday, his sixth goal.

O’Reilly had an assist in five earlier appearances. Right now, he’s the Sabres’ extra forward for their three-game California trip, which starts Wednesday in Anaheim.

The veteran’s serving as insurance with his younger brother, Sabres star Ryan O’Reilly, out three to four weeks with a lower-body injury. The No. 1 center was injured in Friday’s 4-0 win in Columbus.

“He’s frustrated. He was mad,” Cal said about Ryan following the Sabres’ optional practice. “He’s cooled off now. He understands it happens. … I bet he’ll come back sooner than they expect him to. He’ll be ready.”

Bylsma’s ready for an odd trip, something he said is a little bit “problematic.” The Sabres play Friday in San Jose before returning to Los Angeles on Saturday to play the Kings.

“I think it’s the first time for me going Anaheim to San Jose and then flying back to L.A,” he said.

Defenseman Cody Franson (neck) accompanied the Sabres on the trip.