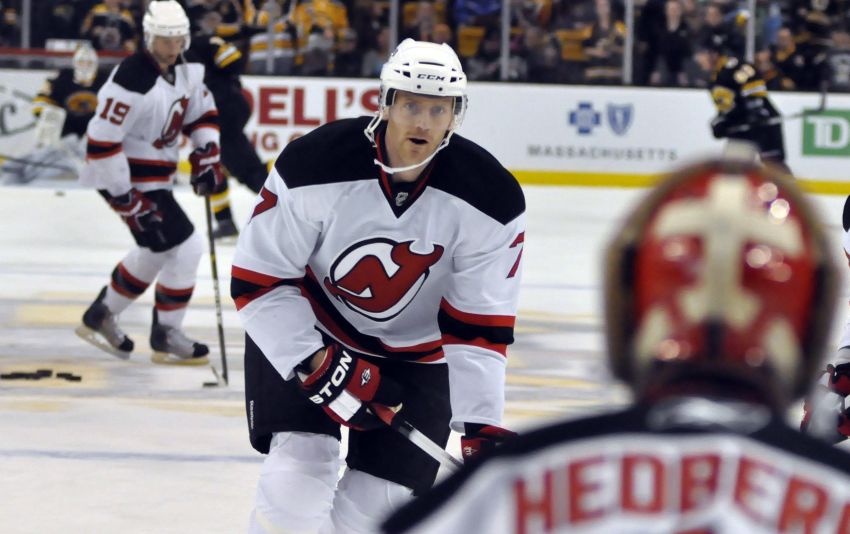 BUFFALO – Three years ago, Henrik Tallinder sensed his Sabres career was ending. Despite a strong season helping then-rookie Tyler Myers develop into of the NHL’s top defensemen, the Swede knew the team had little interest in awarding him a long-term contract.

So when free agency opened, Tallinder signed a four-year, $13.5 million deal with the New Jersey Devils.

Had the Sabres offered even three years to Tallinder, he said he might’ve considered staying with the organization that originally drafted him 48th overall in 1997.

Tallinder’s departure worked out poorly for all sides.

Without Tallinder, his partner all 82 games in 2009-10, Myers has regressed mightily, even becoming a healthy scratch. Meanwhile, the 34-year-old Tallinder battled injuries the last two years, playing only 67 of New Jersey’s last 154 games.

Finally, on Sunday, with salary cap concerns and several youngsters in the pipeline, the Devils traded Tallinder back to the Sabres for Riley Boychuk, a low-level minor leaguer.

It’s probably safe to expect Tallinder will be partnered with Myers again when training camp opens in September.

Neither Tallinder nor general manager Darcy Regier were available for comment Sunday, although Regier said in a statement the Sabres were happy to have Tallinder back in the mix.

“His experience will be invaluable not only in adding more stability to our back end, but also in the development of some of our younger defenseman,” Regier said.

His presence makes for a crowded blue line. The Sabres, who had only five healthy defensemen with NHL experience briefly in April, have quickly rebuilt some depth.

They re-signed Alexander Sulzer on Saturday and inked Drew Bagnall for Rochester after free agency opened Friday. They also drafted Rasmus Ristolainen and Nikita Zadorov in the first round last week. The Sabres have said Ristolainen could play in the big leagues next year.

At his best, Tallinder’s a smooth, shutdown defender – qualities he showcased at times during 468 games over parts of eight seasons with the Sabres from 2001-10.

But injuries, most notably a separated shoulder, made Tallinder timid and limited his effectiveness. Former Sabres coach Lindy Ruff scratched Tallinder several times in 2008-09, including on his 30th birthday.

Prior to that season, Tallinder even acknowledged “he didn’t maybe go 100 percent into battles.” He rebounded nicely with Myers in 2009-10, however.

It’s worth noting Sabres owner Terry Pegula has said Lydman and Tallinder’s departure on July, 1, 2010 could’ve been more devastating than when co-captains Daniel Briere and Chris Drury left in 2007.

Tallinder battled injuries after leaving, playing only 146 games and missing most of the Devils’ 2012 Stanley Cup run. He made three final appearances, though, making it back from acute thrombophlebitis, a blood clot in his lower left leg. He played 25 times last season.

But Lamoriello insisted the move was made for more than cap space.

He also said: “He’s a regular defenseman and he wasn’t playing regularly. It was a mutual understanding that I would try and do something with him. This will leave room for the kids.”

The Sabres have $11,142,143 in cap space. For what it’s worth, Lydman’s a free agent after spending three years in Anaheim. So far, they’ve only signed Bagnall and Sulzer.