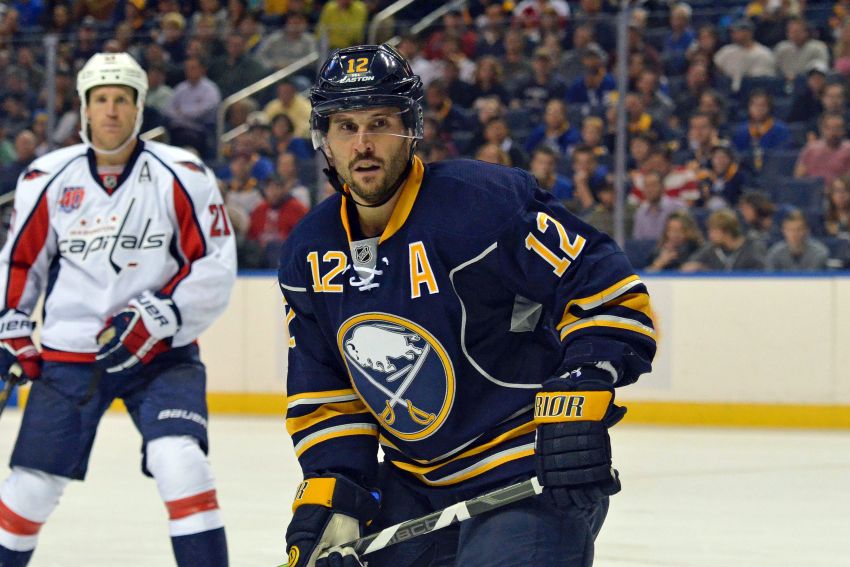 BUFFALO – Since the Sabres signed Brian Gionta on July 1, the talk, understandably, has centered on the veteran winger’s leadership.

The 35-year-old captained the storied Montreal Canadiens for four seasons. The rebuilding Sabres need someone to wear the ‘C.’ Gionta’s the most qualified candidate.

Sabres coach Ted Nolan said Thursday a new captain would be named soon. The Greece native could be awarded the prestigious letter as soon as Monday.

But in Gionta, who’s entering his 13th NHL season, the Sabres might possess more than a strong leader. His playing skills haven’t eroded much.

Gionta scored 18 goals in 81 games last year and 14 times in 48 contests two seasons ago. He’s still an effective scorer and talented enough to skate on the top two lines.

“I’m excited every time training camp rolls around. You get that nervous excitement going. You know you still love the game when it happens.”

Gionta, who also has seasons of 29 and 28 goals, called his career campaign “one of those years that doesn’t come around much.”

“You’re doing the things you do when you score 30 or so, but things are going,” he said. “A lot of those are power-play opportunities. Others are just things you throw on net. They find their way in. You score 30, around 30, you have those droughts that are five, six games where you’re getting your chances, and they just don’t go in. That year that never set in.”

Gionta never really flirted with a prestigious 50-goal season, however. He scored twice in the season finale to reach 48.

No other current Sabre has a 40-goal season. Winger Matt Moulson scored 36 goals in 2011-12 with the New York Islanders.

Incredibly, Brennan has been the property of six teams – Buffalo, Florida, Nashville, Toronto, New York and now the Blackhawks – since the Sabres traded him March 15, 2013.

Chicago immediately sent Brennan to its AHL affiliate. The 25-year-old must clear waivers first, so he could be on a new club today.

In addition to Leddy, the Isles also acquired defenseman Johnny Boychuk from Boston on Saturday.

Remember, the Sabres own the Isles’ 2015 first-round selection from Thomas Vanek trade. That pick could now be much lower than many expected.

“It’s been good,” Ennis said. “I was told I was going to do it, I was excited. I’m just getting used to it, but I think I can use my speed and my hockey sense to my advantage. I got a lot to learn.”

The Sabres have the weekend off. They’ll practice again Monday. They must make several moves to reach the 23-man roster. They open the season Thursday at home against Columbus.