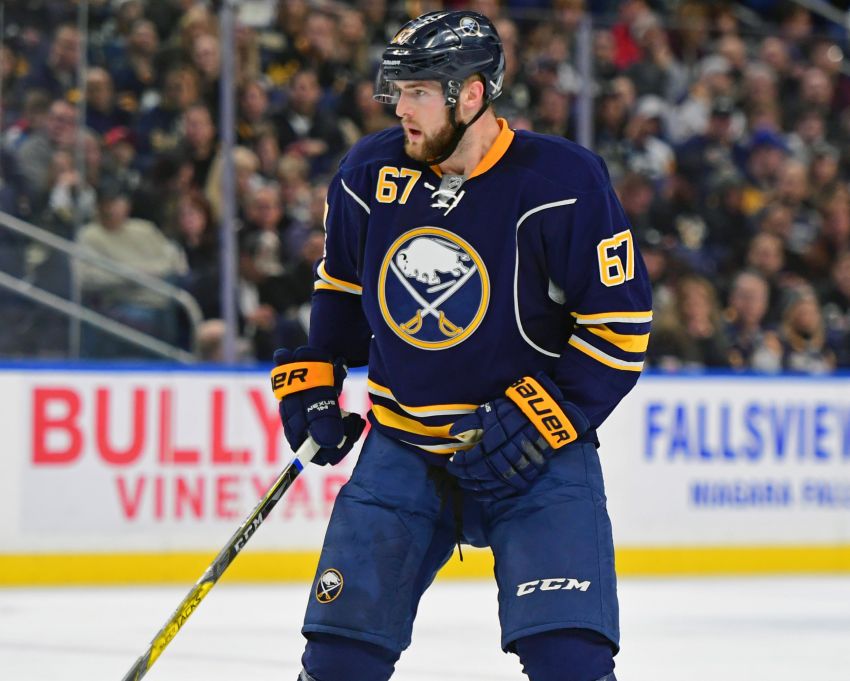 BUFFALO – Brady Austin knew his first recall could be imminent. Most minors leaguers, whether they admit it or not, pay attention to the parent club. The defenseman heard about the injuries to the Sabres’ injury-ravaged blue line.

“You don’t want to get your hopes up in case you don’t get the call,” Austin said Tuesday prior to the Sabres’ 3-1 loss to the Pittsburgh Penguins inside KeyBank Center, his second NHL appearance. “It’s always in the back of your head.”

After Sabres defensemen Taylor Fedun (foot) and Cody Franson (undisclosed) were injured Friday, Austin said Rochester Americans coach Dan Lambert told three of his defenders one or two of them could be summoned from the AHL.

When the Amerks’ flight from Newfoundland landed Sunday following a two-game road trip, Lambert informed Austin, a seventh-round pick in 2012, he was finally going to the Sabres.

“Just to be playing in the National League, it’s a dream come true,” Austin said. “It’s what I’ve been working for my whole life. I just tried to soak it all in, enjoy it.”

“Getting that bump early on definitely helped,” Austin said. “It really couldn’t really have been timed any better.”

Sabres coach Dan Bylsma said: “Right off the hop in the game he set the tone with a hit on Abdelkader. I was really impressed with his skating throughout the game.”

“It was a real strong game from Brady,” he said. “He skated real well. A couple times he was skating and I thought it was Jake McCabe going back for a puck. (He) played big and strong.”

Playing in the Sabres’ final visit to historic Joe Louis Arena only added to the night.

“That’s another part of it that kind of made it surreal,” Austin said. “It’s the last year of the rink. It’s a pretty special arena to play your first game in.”

It’s unclear how long Austin, the 10th defenseman on the depth chart, might stay. He was also recalled with rookie Casey Nelson. Fedun and Franson are day-to-day. Defensemen Justin Falk (bruise) and Dmitry Kulikov (upper body) are also hurt.

Austin has flown under the radar during his three seasons with the Amerks. Still, the Sabres thoroughly examined him during the preseason, giving him regular duty.

Why does Austin believe he earned his opportunity?

“I think my work ethic and my skating,” he said, “just kind of sticking with it.”

They could begin practicing with the team in the next week.

The Amerks have signed former University of Michigan captain Alex Kile to an AHL contract for the 2017-18 season. The forward has joined the team for the rest of this campaign on an amateur tryout agreement.