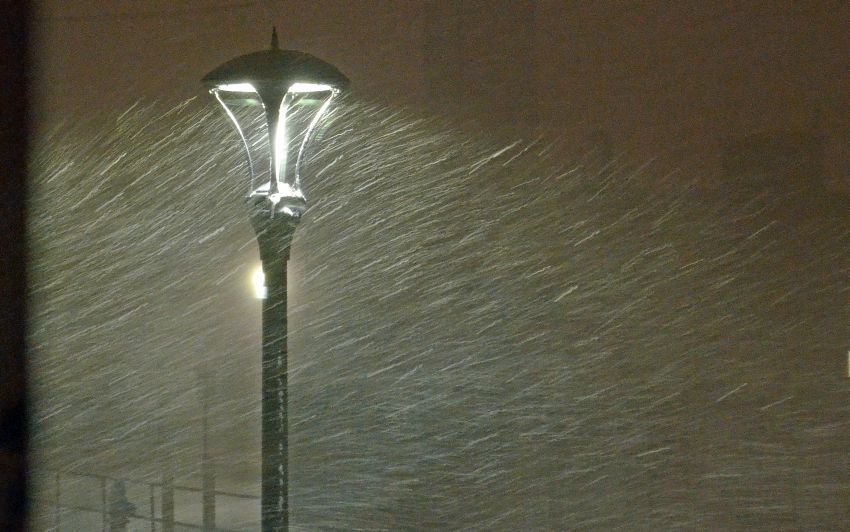 BUFFALO – It was business as usual early Thursday inside the First Niagara Center. Following a day off, the Sabres practiced in anticipation of playing the New York Rangers tonight. Only snowed-in winger Patrick Kaleta, who’s stuck in Hamburg, was missing. Coach Ted Nolan discussed his lineup.

But miles away, Winter Storm Knife was battering Buffalo’s Southtowns again, pouring more snow on an area already devastated by one of the biggest storms in this area’s history.

At about 2:30 p.m., the NHL announced tonight’s game had been postponed. In a press release, the league used the phrase “continuing weather-related difficulties.”

Ennis hadn’t been told about the postponement until two reporters informed him as he was leaving the building. Sabres center Zemgus Girgensons said he heard in the shower and thought it was a joke.

Clearly, it caught a lot of people off guard. The area immediately around the FNC had only several inches of snow on the ground Thursday.

Ennis, an Edmonton native, has never seen anything like the past few days.

How is tonight different than Tuesday, when the Sabres played the San Jose Sharks in front of 6,200 fans?

The storm was just starting then, Sabres spokesman Mike Gilbert said. Also, the Sharks were already in town and don’t come back east until March.

The league made the announcement Thursday afternoon because the Rangers needed to leave New York, Gilbert said.

Before the decision, Nolan said it has been difficult to think about hockey “when all your surroundings are in dire straits like they are right now.”

“We’re just hoping that not only Kaleta, but everybody gets out of this thing relatively safe and sound,” Nolan said.

As snow fell Wednesday night, an odd thunderstorm – “thundersnow” – hit the area, including towns mostly unaffected by the storm.

“It’s crazy … last night I was watching the snow come down,” Ennis said. “The thunder and lightning was pretty crazy, too. It seemed like it was right over top of us. (I’ve) never seen lightning and a flurry at the same time.”

Girgensons added: “It’s kind of scary. I was home yesterday when the thunder was going on. That’s pretty scary, too. That’s the first time I’ve seen that. I’ve never even heard of that.”

“Some of the pictures that have been on the Internet, it’s crazy, I can’t imagine being buried in snow like some of these people are,” he said. “Obviously, you want to wish everyone the best. So I think it’s smart the game is canceled.”

The Sabres, who play Saturday in Washington, will lose a little momentum. They’ve won two straight games for the first time all season.

“It’s all mental,” Girgensons said. “There’s nothing we can do about it.”

The Sabres had one snow postponement last season. A Jan. 7 game against Carolina was made up Feb. 25.