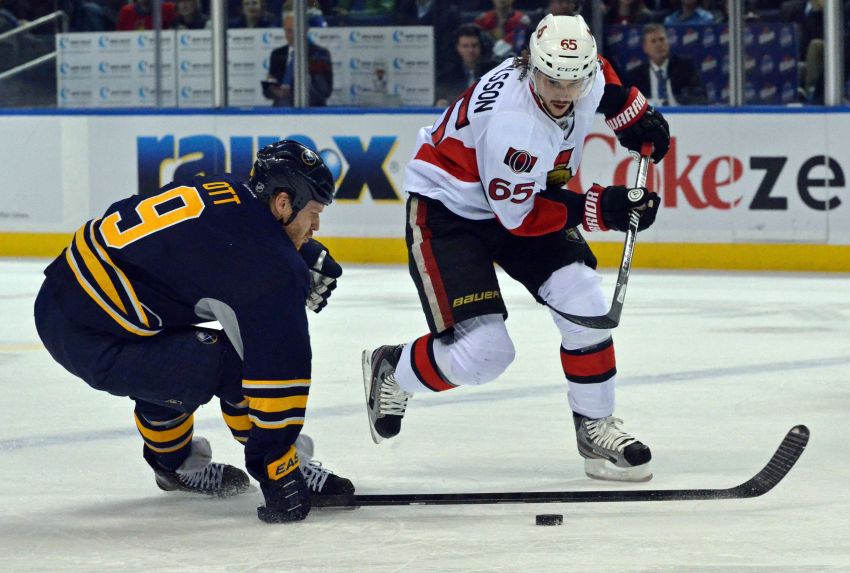 So even with a ferocious snowstorm battering the area, Ott “took a chance” and drove to Wegmans for some spaghetti.

“It was a miserable chance, to be honest with you,” Ott said this afternoon following practice inside the First Niagara Center. “I had to guess on a left turn, thought I was going to be toast. But I made it through it. It was actually pretty unbelievable driving in that stuff.”

Of course, Ott and his teammates could stay home the rest of the day after the NHL postponed the Sabres’ tilt against Carolina.

“I think the league made a great call by absolutely keeping everyone safe,” Ott said.

Nolan said, “Coming for Northern Ontario, you see weather like that, you know it’s not good.”

The day off, Ott said, isn’t a problem.

Backup goalie Jhonas Enroth was scheduled to start against the Hurricanes, so he’ll get the nod Thursday versus Florida, Nolan said.

“It’ll be just like ‘Groundhog Day,’” he said. “We’ll just do it all over again tomorrow morning. So he’ll have his turn.”

In other news, center Cody Hodgson skated in a red non-contact jersey today, his first full practice since injuring his hand Dec. 19.

Nolan said he needs a couple days to get going. So does center Ville Leino (lower body), who also sported red today.

Nolan also had no comment on reports the Sabres have zeroed in on hiring Ottawa’s Tim Murray for their open general manager position.