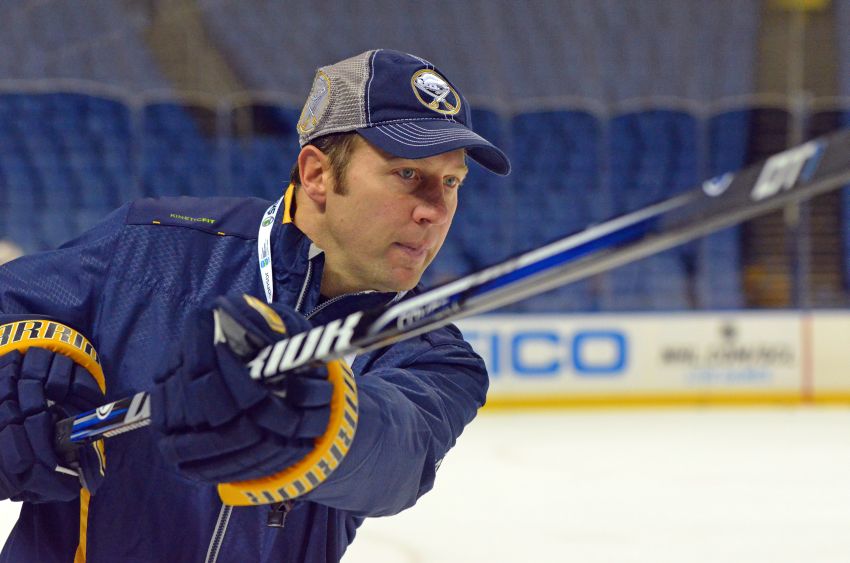 BUFFALO – Joe Sacco wasn’t sure what he would feel watching the Colorado Avalanche, his old team, play the rebuilding Sabres on Saturday inside the First Niagara Center.

“That’s a long time with one organization,” Sacco said prior to the Sabres’ 4-2 loss. “I have a lot of friends that are still there and a lot of good memories from there. That’s where everything started for me.”

Sacco’s run ended in April, when the Avs fired the 44-year-old, a 2009-10 Jack Adams Award finalist, after only one playoff appearance.

Still, Sacco’s fingerprints are all over the slick Avs, who started 6-0 under new coach Patrick Roy.

“I think when I look back over there and see some of the young players that are starting to really mature and come into their own, I think that you feel pretty good about some of the things that you see,” Sacco said.

Sacco didn’t want to sit out a season. He interviewed for a couple of head jobs. Although he didn’t know Rolston, they had mutual friends.

“There was never any hesitation as far getting back into it right away,” Sacco said. “It was just a matter of where I was going to be positioned. There was only a couple of openings for the head coaching jobs, and I went through the process … and it didn’t work out.”

“We were going to be putting some young faces, some new players into our lineup – young players,” said Sacco, who was hired in early July. “Having had some experience in the past working with young players, I felt that I could help these young players.”

“We see positive signs,” he said. “We see good work ethic in our young group. We see a level of professionalism that’s there already that still needs to get better and their willingness to basically let us coach them.”

Sacco, a veteran of 738 NHL games as a player, coaches the penalty killing, one of the few bright spots from the struggling club. The Sabres began Saturday ranked No. 5.

He said “appropriate pressure” has helped the units.

“We want to be an aggressive penalty-killing team,” Sacco said. “We want to play on our toes. But at the same time, you just can’t run around with no purpose. There are has to be purpose. I think we’ve been applying pressure at the appropriate time.”