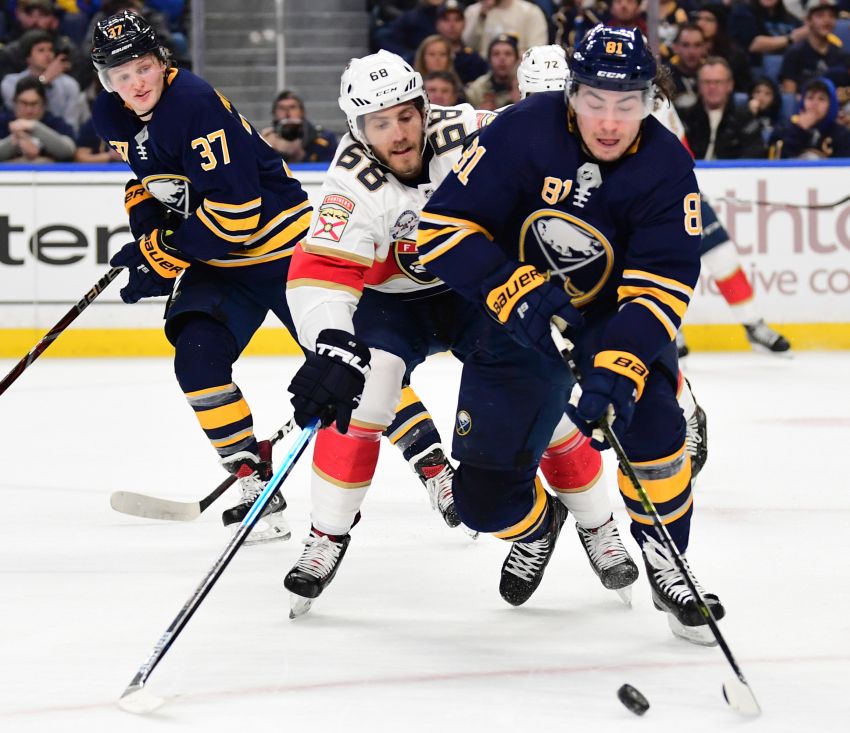 The Buffalo Sabres assigned winger Remi Elie to the Rochester Americans today after he cleared waivers.

Elie, 23, compiled one assist in 16 games after the Sabres claimed him off waivers from the Dallas Stars in October.

The former second-round pick hasn’t played in the AHL since last season, when he compiled three goals and 10 points in 25 total games with the Texas Stars. He has scored 16 goals and 46 points in 121 career AHL regular-season contests.

Update: The Sabres recalled C.J. Smith from the Amerks on Monday morning, the second time they have summoned the winger this season.

Smith, 24, has compiled 18 goals and 41 points in 41 AHL games this season. He scored one goal in four contests with the Sabres. Smith compiled two goals and three points in Saturday’s 4-1 road win against the Hartford Wolf Pack.