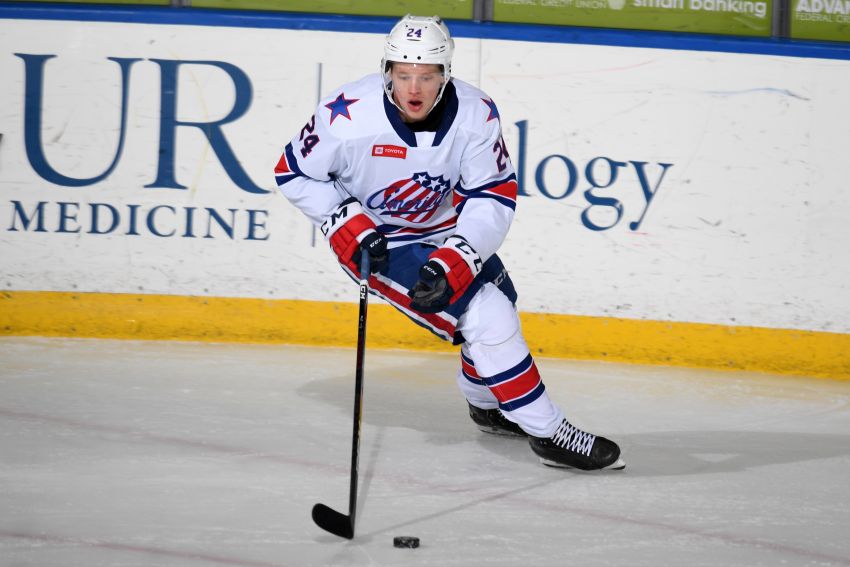 Both players were scratched for Friday’s 3-2 road win against the New York Rangers.

The Amerks play a road contest this afternoon against the Toronto Marlies.

Asplund, 22, has scored one goal and two points in 29 games with the Sabres this season. Meanwhile, Pilut, 24, has compiled zero points in 10 NHL outings.

The Sabres host the Anaheim Ducks on Sunday afternoon.

“It’s a good game in Toronto today,” he said. “That opportunity to keep their feet moving, to keep active, and they’ll be playing some big minutes today.”

Krueger said their status will be reevaluated later today.