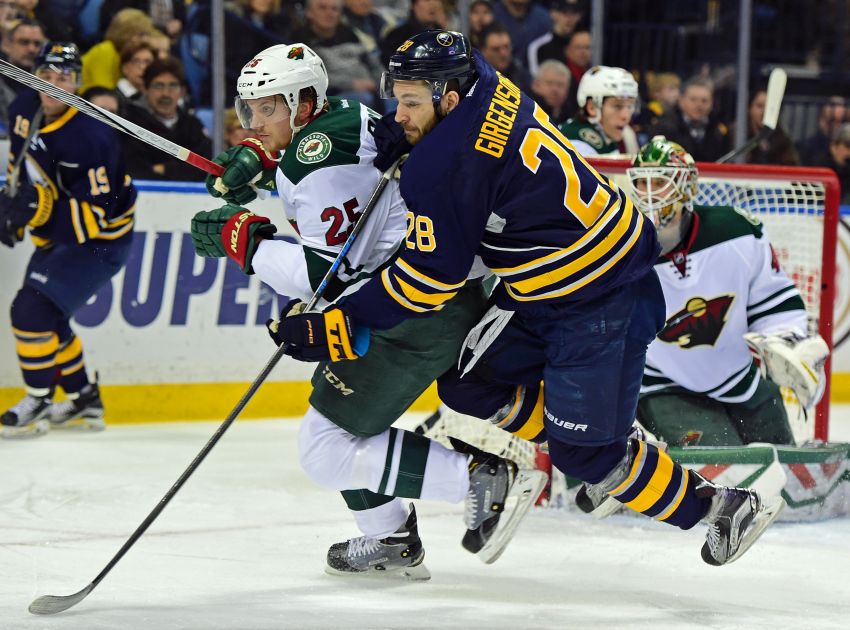 BUFFALO – Five of the Sabres’ seven preseason games this year are away from the First Niagara Center, including four neutral-site contests, the team announced this morning.

The Sabres start the exhibition slate Sept. 26 against the Minnesota Wild at Penn State University, the first pro game at the arena funded by a $102 million donation by Sabres owners Terry and Kim Pegula.

The game was moved from Rochester because the Sabres believe the Blue Cross War Memorial doesn’t meet NHL standards, according to the Democrat and Chronicle.

The Sabres play the Maple Leafs in Sept. 29 in St. Catharines instead of Toronto, likely because the Air Canada Centre is booked for the World Cup of Hockey.