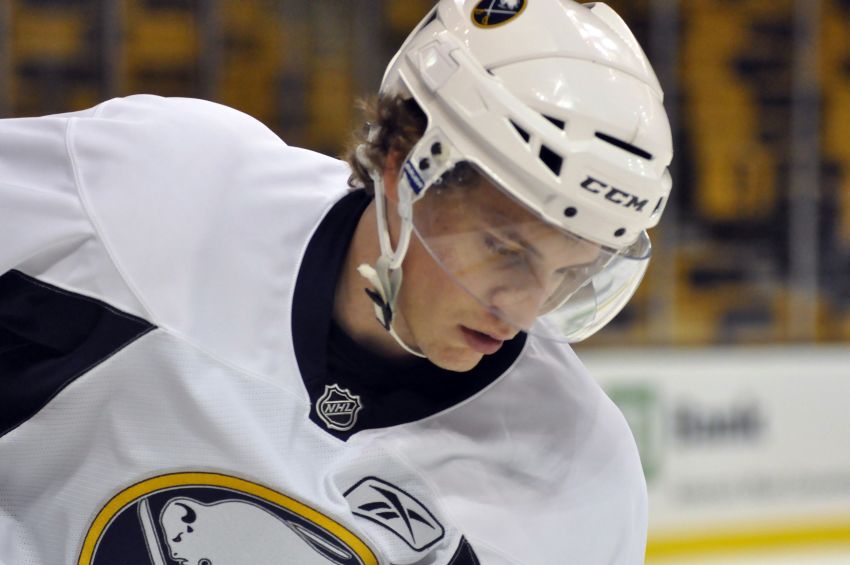 “I guarantee you it’ll come again. It always has.” – Ruff on his anemic offense, January 23

BUFFALO – Not long ago, Ruff could speak confidently because the post-lockout Sabres had always found ways to score. They annually overcame any struggles and ranked among the NHL’s slickest attacks, averaging 256 goals a year.

But the Sabres’ sputtering offense has just 17 goals in the eight games since Ruff’s “guarantee.” Six came during one rollicking contest. They’ve scored once or been blanked in three of the last six games and 17 times this season.

This year’s offense will be epically bad barring a dramatic turnaround.

Through 56 games, the Sabres have only 132 goals, a wretched 2.4 game, 26th in the NHL. The current 193-score pace would be three more than the franchise-low set in 2002-03 by arguably the worst edition of the Sabres ever.

“I think this has probably been the longest extended time our goals have been at this level,” Ruff said Wednesday inside the First Niagara Center after the Sabres prepared for tonight’s tilt in Philadelphia against the Flyers.

Goalie Ryan Miller’s struggles often overshadowed the offensive woes for months. But Miller’s dazzling again, looking as good as ever. On Feb. 1, the Sabres wasted his 29-save shutout, falling 1-0 to the Rangers in a shootout.

Right now, the blame falls on the offense, which has two goals in the last two games (both losses) following a brief uptick during a 5-0-1 resurgence.

The Sabres possess no confidence

“It’s confidence. The whole game is confidence,” said 20-goal scorer Thomas Vanek. “Sometimes, when you’re losing especially, you get a little tighter. You don’t want to make any mistake. Usually when that happens you shoot the puck off a lot quicker or too late. … It usually doesn’t end up (in) the net.”

Vanek and Jason Pominville have combined for 41 goals, a stunning 31 percent of the offense.

Only four players have more than 10 goals. One of them, rookie Luke Adam, was sent Rochester last week in the midst of a 20-game point drought.

The Sabres have no secondary scoring.

“It can’t be Thomas and Jason and Millsie every night,” said Sabres center Tyler Ennis, who has four goals in 22 games. “ … Other guys got to be out of character and do things they don’t normally do.”

Like it or not, clutching and grabbing is slowly making its way back into the NHL. Referees have put their whistles away recently.

“The NHL’s getting harder and harder to score,” Ennis said. “It’s getting tighter. We just got to find ways to work around it. Every game seems like it’s a one-goal game and it’s not high scoring. We haven’t been getting a lot of power plays recently. A little bit of clutching and grabbing’s coming back.”

The Sabres play from behind too much

Despite winning Friday, the Sabres haven’t led in their last three games. Most teams sit on a lead once they get it, trapping and doing anything necessary to win.

“The big thing for us is getting a lead, pushing the other team out of their game,” Ruff said. “We haven’t had the edge in the power-play situation in quite some time. I think if you work hard enough and you draw some penalties, you can push ahead that way. I think they will. They always do. It never stays at one level. You’ll have your weeks where you’re going to score goals.”

Ruff has rarely broken up Pominville and Vanek, who usually plays left wing instead of right, this season.

The Sabres also play at home Sunday afternoon against Pittsburgh.