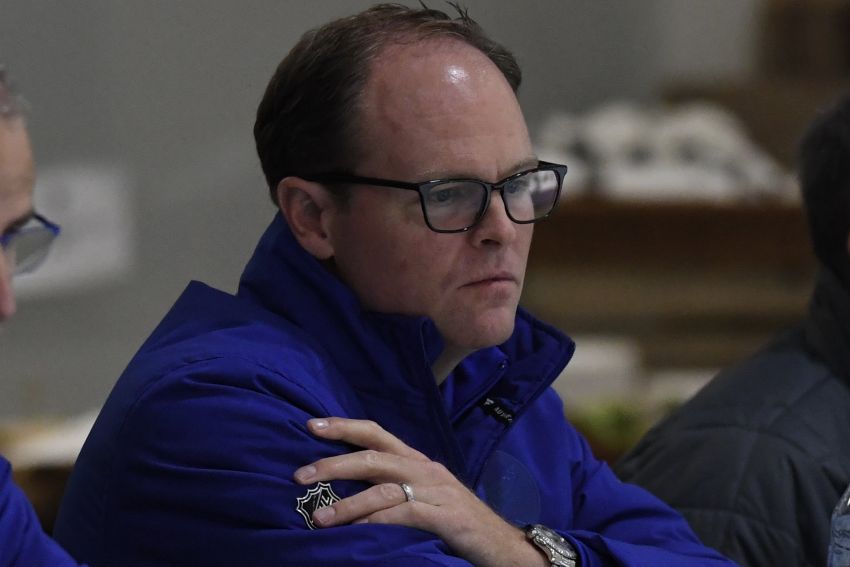 Kevyn Adams has been active on the waiver wire. ©2021, Micheline Veluvolu

BUFFALO – The Sabres added depth to their defense corps today, claiming Christian Wolanin off waivers from the Los Angeles Kings.

The move comes a day after the Sabres announced they will be without defenseman Henri Jokiharju for at least two weeks after he suffered a lower-body injury in Thursday’s 5-1 season-opening win over the Montreal Canadiens.

With Jokiharju injured, the Sabres had only six defensemen on the roster before claiming Wolanin.

To make room for Wolanin, a left-handed shot, the Sabres placed Jokiharju on injured reserve.

Update: Sabres coach Don Granato said following Saturday afternoon’s 2-1 shootout win over the Arizona Coyotes that Jokiharju will likely be out a little longer than two weeks. Jokiharju was in the press box Saturday wearing a boot and using crutches.

After playing three years at North Dakota, Wolanin spent his first three pro seasons in the Ottawa organization. The Kings acquired him in a trade on March 29.

Sabres general manager Kevyn Adams has been active on the waiver wire this month. He also claimed winger Axel Jonsson-Fjallby from Washington before the Capitals reclaimed him.