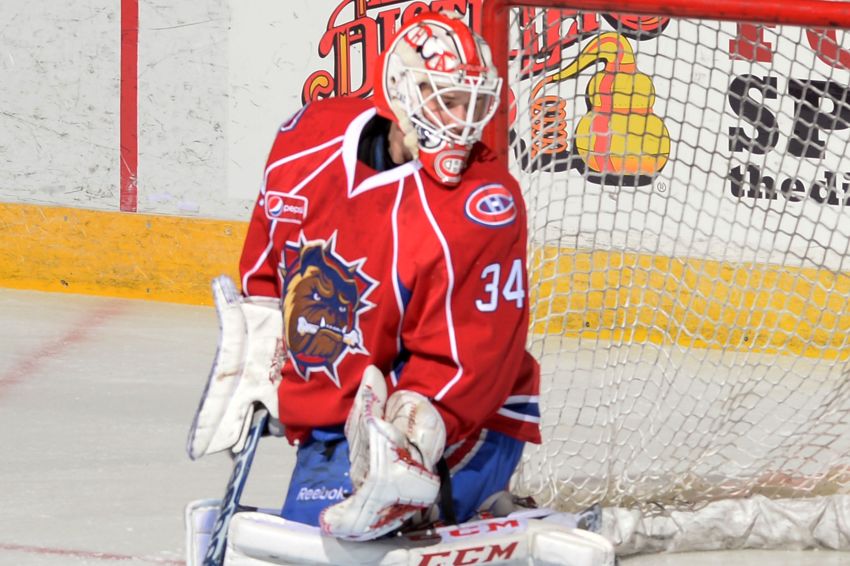 The Buffalo Sabres added goaltending depth to the organization today, signing Dustin Tokarski to a two-year contract with an average annual value of $725,000.

The veteran, one of the AHL’s most experienced goalies, is likely ticketed for the Rochester Americans, where he can help mentor goalie prospects Jonas Johansson and Ukko-Pekka Luukkonen.

Tokarski’s arrival means Luukkonen, Buffalo’s top goalie prospect, could spend part of the upcoming season, assuming it can be played, with the Cincinnati Cyclones, the Sabres’ ECHL affiliate. Luukkonen, 21, played 23 games with the Cyclones last season and 10 contests with the Amerks.

The 6-foot, 198-pound Tokarski, 31, also gives the Sabres an option if goalies Carter Hutton or Linus Ullmark struggle or get injured. Tokarski has compiled a 10-12-5 record with a 2.84 goals-against average and a .908 save percentage in 34 career NHL games.

Tokarski’s two-year deal means he can be exposed to the Seattle Kraken in next year’s expansion draft. NHL teams must leave one goalie unprotected who is under contract for 2021-22 or has been qualified an offer as a restricted free agent.

Tokarski made his last NHL appearance in 2016-17, when he played 10 minutes for the Anaheim Ducks. He has also played for the Tampa Bay Lightning and Montreal Canadiens.

He spent most of 2014-15 in Montreal, playing a career-high 17 games. The previous season, he played five playoff contests for the Canadiens.

The Lightning drafted him in the fifth round in 2008, 122nd overall.

Luukkonen has been playing this season on loan with HC TPS, a Finnish Elite League team, because the COVID-19 pandemic has delayed the start of the North American seasons.