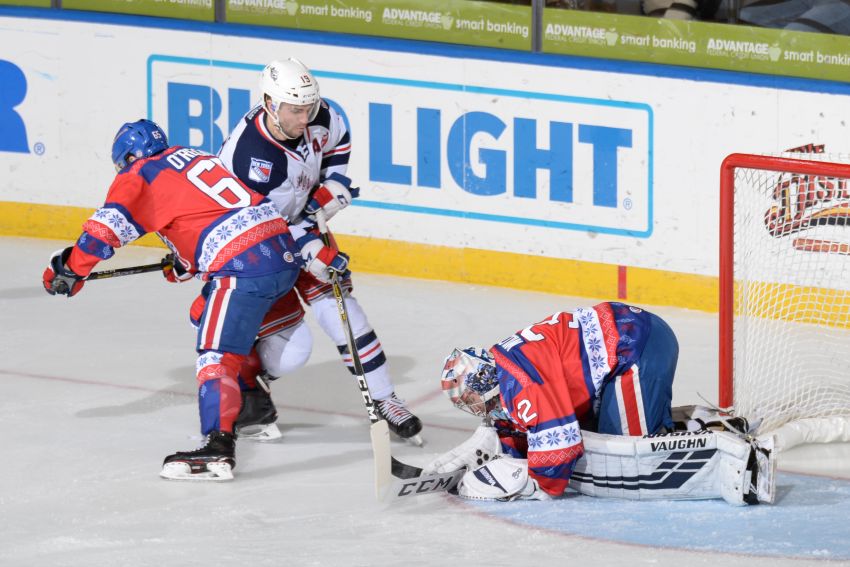 Steven Fogarty (19) tries to score on Rochester goalie Adam Wilcox as a member of the Hartford Wolf Pack in 2018-19. ©2020, Micheline Veluvolu, Rochester Americans

Fogarty, 27, spent most of the past four seasons with the Hartford Wolf Pack, compiling 50 goals and 130 points in 252 AHL games. He played 18 regular-season games for the New York Rangers during that stretch, including seven last season. He also made his first playoff appearance in 2019-20.

The 6-foot-3, 208-pound Fogarty could be ticketed for the Rochester Americans in 2020-21. He recorded 13 goals and 30 points in 54 contests while captaining Hartford last season.

The Rangers drafted Fogarty in the third round in 2011, 72nd overall. He played four seasons at Notre Dame, where he captained the Fighting Irish as a junior and senior. He scored 27 goals and 65 points in 150 career NCAA games.