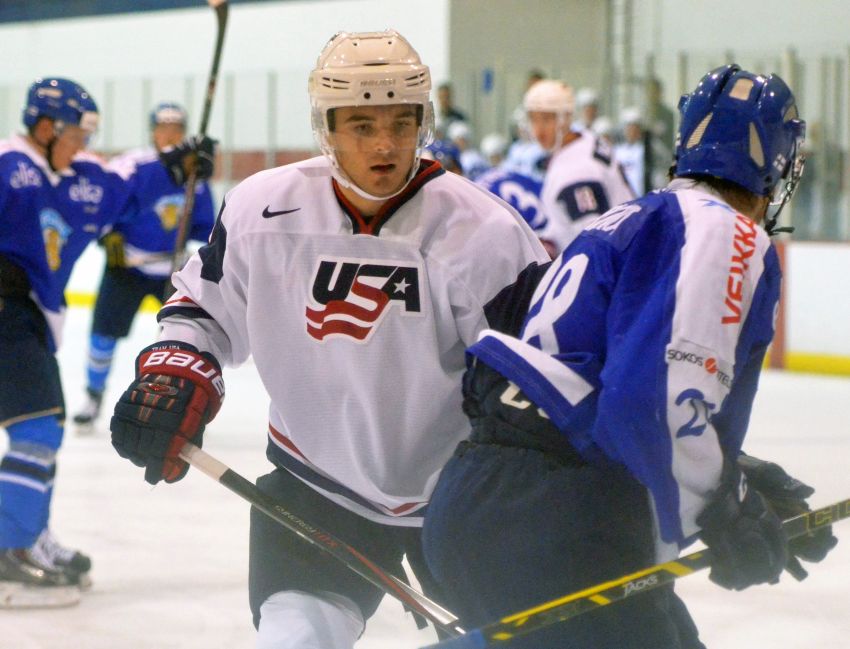 Will Butcher was interested in joining Buffalo in 2017. ©2021, Dan Hickling

After losing goalie Linus Ullmark to the Boston Bruins in free agency this afternoon, the Buffalo Sabres made their second addition of the day, acquiring defenseman Will Butcher and a fifth-round pick in 2022 from the New Jersey Devils in exchange for, well, nothing.

The Devils gave Butcher, 26, to the Sabres because they just signed defenseman Dougie Hamilton to an seven-year, $63 million contract, according to reports, and needed to clear salary cap space.

Update: The Sabres also late this afternoon signed old friend Mark Pysyk, a defenseman who started his career in Buffalo, to a one-year, $900,000 contract.

Update: The Sabres also agreed to terms with defenseman Jimmy Schuldt on a one-year, two-way contract worth $750,000 in the NHL.

Schuldt has played one NHL game and spent the last two seasons in the AHL.

Malone and Davidson could be ticketed for the Rochester Americans in the upcoming season. Meanwhile, Butcher, having played 238 games over the last four seasons with New Jersey, could enjoy regular duty in Buffalo.

The 5-foot-10, 209-pound Butcher was interested in the Sabres as a college free agent and visited the team before picking New Jersey. The American has compiled 14 goals and 106 points in his NHL career.

He’s entering the final season of a three-year, $11.2 million contract.