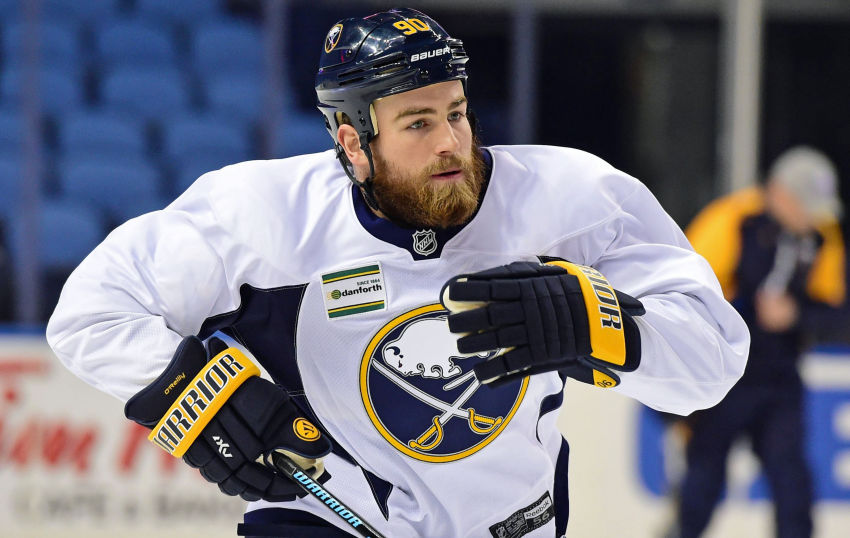 BUFFALO – Right away, everything has clicked for center Ryan O’Reilly. In just half a season here, the 24-year-old has quickly become the Sabres’ MVP and perhaps their most popular player.

O’Reilly plays more minutes than any other NHL forward. He leads the Sabres in scoring and has 17 points in the last 17 games. No one in the league has taken more faceoffs. Following losses, he regularly takes responsibility for his performance and passionately says he needs to be better.

Not surprisingly, O’Reilly was selected Wednesday as the Sabres’ lone representative for the Jan. 31 NHL All-Star Game in Nashville.

Sometimes players fit almost perfectly in a city, and O’Reilly’s hardworking, versatile style and strong words have resonated with the rabid fan base in blue-collar Buffalo.

“Whenever I go someplace (fans tell me) they respect that,” O’Reilly said inside the First Niagara Center. “I think that’s what the town is here. I think everyone wants hard work. They’re sincere people. To have people that recognize that and have that dialogue with me and be nice like that, it’s very nice. It’s great to be accepted like that.”

Yes, the 29th-place Sabres, losers of five straight games, have struggled on the ice. But where would they be without O’Reilly, who has 16 goals and 34 points in 40 games. He has averaged 21 minutes, 56 seconds an appearance – 46 seconds more than any other forward.

“He’s come in and really been the heart and soul of our team – played that way, practiced that way, acted that way,” Sabres coach Dan Bylsma said.

After the Sabres acquired O’Reilly in a blockbuster trade with Colorado on June 26, he talked about his strong desire to become a leader on and off the ice, opportunities it appeared he might never receive with the Avalanche.

“In Colorado, there’s a lot of the same type of guys that all wanted that responsibility,” said Sabres winger Jamie McGinn, O’Reilly’s close friend and teammate for five seasons. “Ryan wanted it as well. It doesn’t matter what team Ryan’s playing for, he’s putting his heart and soul into it.”

The Sabres, whose rebuild left them with no established scoring centers, immediately named O’Reilly their No. 1 pivot and awarded him a seven-year, $52.5 million contract extension. Prior to the season, Bylsma also named him an alternate captain.

“I wanted this,” O’Reilly said. “I wanted to prove that I could be a huge part of the team. I’m still trying to do it. Obviously, being an All-Star is a step in that. There’s so many other things going forward. If you don’t win hockey games, aren’t a team competing for a Cup, I don’t really think it matters, you know?

“We want to be a real team, a competitive team, and we’re not that right now. That’s something we have to get back to.”

When Bylsma informed his team at the end of Wednesday’s practice O’Reilly had earned his first All-Star berth, his teammates cheered him. O’Reilly then stayed out on the ice about another 20 minutes with rookie Sam Reinhart, his linemate, doing special drills.

“He doesn’t take anything for granted,” McGinn said.

Thanks to O’Reilly’s presence, Reinhart, the second overall pick in 2014, has developed into one of the Sabres’ top forwards this season, Bylsma said.

“I don’t know if Sam would’ve improved without that,” Bylsma said. “A big part of Sam’s development has been the work and extra that he has put in with Ryan. That’s the example that he is. He’s taking more people with him right now. Sam’s not the only guy.”

Of course, Bylsma, having coached the Pittsburgh Penguins, knew about O’Reilly’s talents before he took over the Sabres this season. Still, since O’Reilly played in the Western Conference for six years, Bylsma said he didn’t fully understand “exactly how good of a player he is and how much he brought.”

Then Sabres winger Tyler Ennis, who played with O’Reilly on Team Canada at world championship in the spring, told Bylsma about O’Reilly. So did Penguins superstar Sidney Crosby.

“They were amazed, they were impressed and they were led by how he was on the ice,” Bylsma said. “That’s what he’s doing. … It’s an example for every one of us.”

Meanwhile, the Sabres have assigned goalie Robin Lehner (high ankle sprain) to the Rochester Americans. Lehner practiced with the AHL club Wednesday. He should start Friday.